“What Does It Take for Traumatized Kids to Thrive?” The post WWII “Boomer Generation” is making a big difference… 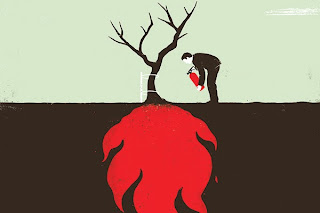 “THE PAST 10 YEARS or so have seen an explosion of academic interest in what scientists call the non-cognitive aspects of what it takes to become a thriving, successful person. In particular, a growing stream of research has begun to investigate how adversity—either acute trauma or the chronic, toxic stress of a harsh environment—affects the developing brain, and why some young minds exhibit resilience in the face of such adversity, while others do not. Last year, the best-selling book How Children Succeed by Paul Tough brought popular buzz to the emerging field, inspiring columns by David Brooks in The New York Times and discussions on national radio and TV. In February, the Department of Education issued a report titled “Promoting Grit, Tenacity, and Perseverance,” on some of the non-cognitive skills being discussed by an increasing number of researchers.” 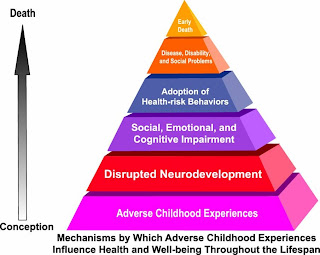 “THE SINGLE PIECE OF research that has most influenced Washington’s efforts is something called the Adverse Childhood Experiences study, a set of findings published in 1998. The ACE study—as those who cite it religiously refer to it—grew out of research on smoking. In the 1980s, a doctor at the Centers for Disease Control and Prevention named Robert Anda was analyzing why some smokers tended to quit in response to public health messages and why others didn’t. In one study, Anda’s research team found that people with a history of depression were more likely to start smoking, and less likely to stop.”

I know now there are tens of thousands of aging boomers like me who not only escaped from a post WWII toxic home, but then went on to serve during the Vietnam War and survived their own horrors of war.  The invisible wounds from the Vietnam War compounded the trauma caused by emotional neglect and abuse during post WWII childhood years at home.  I meet many Vietnam combat veterans today in their 60’s who struggle every day of their lives.  I also meet far more who have survived and continue to thrive as aging veterans.  But thriving is a life long journey of healing for these former kids from the post WWII and Korean War era.  We call ourselves the “Baby Boomer Generation.”  Our fathers became known as the “Greatest Generation.”  It is now our job as aging boomers in our later years to give back by helping local communities where we live to build schools that help “traumatized kids” living in the 21st Century.   We can empathize and also have the skill sets, including leadership qualities, to make a difference right now…

We boomers can make a big impact by building after-school programs like Neighbors for Kids in Depoe Bay, Oregon, and collaborating with the public schools to make changes consistent with the Adverse Childhood Experiences Study (ACES).   The paradigm shift in public schools and after-school non-profit enterprises is exciting and very rewarding for retirees to get involved as volunteers in leadership roles.  As an retired business and marketing professional, it is an honor for me to be a part of  the “ACES” movement on the Central Oregon Coast helping Neighbors for Kids succeed.

It is so amazing to observe and experience how kids respond to a new school culture that promotes innovation and empowerment.  Students registered in our Neighbors for Kids (NFK) after-school program known as “Kids Zone” can’t wait to get to our facility for what is considered one of the most productive and healthy 3 hour periods of the day for kids.  The K-12 students registered in the NFK after-school program receive a healthy afternoon snack to give them a boost of energy needed after a long day in public school.  The after-school time is well spent on academic excellence with one/one tutoring as needed to give each student an extra edge during regular school hours.  We offer information technology, arts and crafts, music, and recreation to complete the balance.  “STEAM” a collaboration with Lincoln County School District  is a philosophy and culture of innovative learning and creativity offered to students of the 21st Century.  The goals of STEAM promote the outcomes promised in the Adverse Childhood Experiences Study (ACES) described above.

“It is the tension between creativity and skepticism that has produced the stunning unexpected findings of science.” – Carl Sagan

Neighbors for Kids in Lincoln County, Oregon is succeeding in building a new innovative educational culture working together in partnerships and collaborations with Oregon Coast Community College and the Lincoln County School District.  We are also working as partners with Samaritan Health Services “Catch Kids” to prevent child obesity.  Excitement from parents, kids, school administrators, teachers, community stakeholders, and volunteers is in the air.  We are making it happen!

Steve Sparks is a retired information technology sales and marketing executive with over 35 years of industry experience, including a Bachelors’ in Management from St. Mary’s College. His creative outlet is as a non-fiction author, writing about his roots as a post-WWII US Navy military child growing up in the 1950s-1960s.
View all posts by stevesparks →
← America continues to struggle with the invisible mortal wounds of war... Many lives of warriors could be saved if the "power of stigma" could be removed! Kids have their own big worries... They even worry about parents and adult mentors... Be a good role model... →