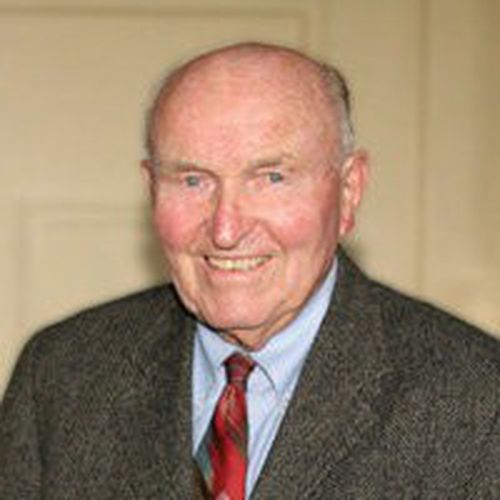 We can thank the US Army and WWII troops trained at Camp Abbot, and John D. Gray for Sunriver Resort!

“From his family, to guests at the resorts he created, to the beneficiaries of his philanthropy, Portland developer John D. Gray wanted Oregonians to enjoy what the state and region have to offer.  During World War II, he served in the Army’s 82nd Airborne Division, earning the rank of lieutenant colonel and a Bronze Star Medal.”
Camp Abbot, WWII…

“Military officials established Camp Abbot, about 11 miles south of Bend, to serve as an Engineer Replacement Training Center (ERTC) in 1943, with soldiers first arriving for training in March. As many as 10,000 men could train at a time at the camp, with 90,000 men trained over its 14 months of operation. The typical 17-week combat engineering training cycle included three phases. The first focused on hand grenades and anti-tank grenades; defense against air, mechanized, and chemical attack; and rifle marksmanship. The second phase concentrated on demolition training to blast bridges and other structures. The final phase consisted of three weeks of field maneuvers carried out under combat zone conditions.”

On the 70th Anniversary, End of WWII, we can honor and remember the troops who trained as combat engineers at Camp Abbot.  The US Army built the initial infrastructure to help create this gorgeous area next to the Deschutes River what we know today as Sunriver…  US Army Corps of Engineers learned how to build bridges and destroy enemy bridges.  They also learned how to defend themselves as a special forces team under combat zone conditions.

Camp Abbot protected our freedoms during WWII and built the foundation for the citizens of Oregon to enjoy this beautiful area following the end of the war.  John D. Gray, a famous developer and WWII veteran from Portland, Oregon purchased the property in 1967.  Mr. Gray also developed Salishan near our home in Depoe Bay, Oregon.

By Elliot Njus | The Oregonian/OregonLive The Oregonian “You can be excused for not recognizing the name: Gray, who died at 93, had faded in recent years from the news, and his death was initially treated in a way that understated his enormous contributions in shaping the modern identity of this state and in guiding and supporting many of its leading institutions.“

There is so much to learn about the history of the State of Oregon.  Everywhere we go, we learn something new and connect the dots often to the “Greatest Generation” of men & women who served America during WWII.  We can never honor veterans of all wars enough…  But we can take note of the of critical institutions and foundations that have helped protect our freedoms and built America as the strongest and most prosperous nation in the world.  Camp Abbot and John Gray paved the way for the gift and joy of Judy and I are headed out to float in a Kayak down the Deschutes River on this perfect day in May…  We are so thankful for the dedication and passion of so many who came before us… It is a blessing to be an American citizen…

Steve Sparks is a retired information technology sales and marketing executive with over 35 years of industry experience, including a Bachelors’ in Management from St. Mary’s College. His creative outlet is as a non-fiction author, writing about his roots as a post-WWII US Navy military child growing up in the 1950s-1960s.
View all posts by stevesparks →
← Memorial Day 2016...The Children & Families of America's Armed Forces... Listening is a tough act to follow... Awareness comes from the soul... →