“Ty Carter’s Advocacy in Context ~ PTSD: A Soldier’s Perspective”…advances the cause of PTSD and moral injury awareness! Stop the “stigma!” 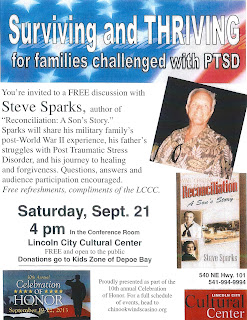 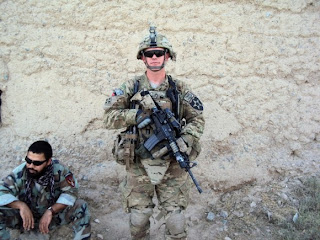 “The Obama administration and the media have appropriately brought attention to this unquestionable hero’s frank public battle with Posttraumatic Stress Disorder (PTSD) and his advocacy for fellow veterans. Carter is known for his opposition of the classification of the condition as a disorder, rather than a normative stress response to extreme danger.[2] Carter’s position mirrors the conclusions of physiological centered doctors from Jonathan Shay to Hans Selye, sometimes referred to as “the father of stress,” and speaks to the value of intuitive understanding as well as the scientific method.[3]s public advocacy is important by its own right, it is more appropriately interpreted within a longer tradition of American military heroes using their Medal of Honor to advocate for other veterans or to condemn the horrors of warfare.”  ”

It is such an honor for me to have the opportunity to speak during the Celebration of Honor event at Lincoln City Cultural Center this coming Saturday.  My talk is focused on PTSD and moral injury awareness.  My discussion includes the military dramatic shift in changing its “Suck it up Soldier” tough love approach on the battlefield and in life after war.  Ty Carter’s advocacy and post war US Army assignment to promote PTSD awareness will be at the center of my talk to the families of veterans and 1st responders.  Decades of post war emotional baggage has been bottled up as the “agony of an untold story” for far too long.  I am so encouraged that America is taking significant steps in helping post war trauma victims heal and prepare for a healthy, happy, and productive life after war…  My Dad and thousands of post WWII warriors did not have a way to heal and thrive in healthy ways when they returned home from war.  As a result of Ty Carter’s advocacy; my own mission to advance the cause of PTSD awareness, as a post WWII military child and Vietnam era US Navy veteran, is so much easier.  We must stop the “stigma” connected with mental health issues!

Steve Sparks is a retired information technology sales and marketing executive with over 35 years of industry experience, including a Bachelors’ in Management from St. Mary’s College. His creative outlet is as a non-fiction author, writing about his roots as a post-WWII US Navy military child growing up in the 1950s-1960s.
View all posts by stevesparks →
← Lincoln City TheNewsGuard..."Local author, Vietnam-era vet to speak at LCCC..." Talking to kids about recent terrorism events and truama is critical in minimizing PTSD reactions! →