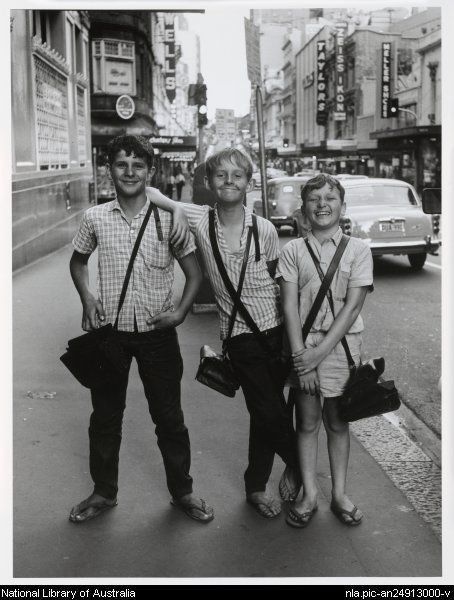 https://en.wikipedia.org/wiki/La_Opini%C3%B3n One of the papers we sold…

I’ve been writing more lately about my roots as a post WWII military child. Telling stories in the 3rd person helps me retrieve repressed memories and revisit my rich childhood. It’s so healing…

Let me tell a story from a time long ago around 1960. We lived on Mettler St in Torrance, Ca.

It was a tough time with all the chaos in our family. But my bro and I learned how to navigate life in a ‘fox hole’ We felt mostly like prisoners in our homeI as teens.

I had been trying to figure out how to make a few bucks on my own like my bro, Dan “the man.” Dan was a step ahead of me on too much shit.

We were a team really. Guess we sort of had an idea how to team up together to save our ass. We fought a lot too. We were tough from living in a scary home.

Dad was a Pearl Harbor survivor, Pacific War hardened combat veteran. Too many scars from his childhood and 5 years of hard combat during his Naval career made him sick.

But we never understood then. All we knew was he was the meanest SOB we could have had for a Pop. Think he loved us though. Who would have known back then. Invisible illness makes it almost impossible for others to see anything else good in anybody who is kicking shit out of his boys everyday. As military kids we were warriors too.

Dan and I got to work back then. Dan had a job at a local hardware store. I was starting to get jealous about that. Pissed off, actually.

Jim Jackson, a cool black kid up the street, was my neighborhood friend at the time. Jim lived a couple of houses down from me.

Jim had a newspaper route to make a little pocket change. I thought it was odd that his route was at the Harbor General Hospital. “Who delivers papers in a hospital,” I thought.

Dad fought in hard combat with his white, black and brown shipmates… We never attended segregated schools during our childhood.

But we new white kids from Palos Verdes who lived in gated white communities. We didn’t hang out with them.

We were all brothers and sisters back then. But we did fight with each other as rivals. Dan was a better fighter than me. I thought more about love than kicking ass and taking names.

Jim told me stories about how he walked the hospital wards and yelled out “who wants a paper!” His voice was full of passion and enthusiasm. He loved to stop and talk to his customers. They loved his cheer and smiles. I wanted to be like my pal Jim.

Even the nursing staff would yell out, “here comes the paper boy,” when Jim came dancing through the ward with his big smile and a fun laughter.

Jim was in his senior year at Banning HS. He was fun and smart. He taught me how to ‘shuck n jive’ with him. You know, ‘mofo’ stuff like that.

Jim liked me. I liked Jim. His family treated me with kindness. I didn’t know much about that back then.

I didn’t feel liked much back then. Didn’t have much self confidence either. I was scared most of the time. Jim made me feel like somebody.

I was sad one day while hanging out with my friend and neighbor. Jim told me he was going off to college, USC. He dreamed of a career in sales. Wow! I Thought. “How cool was that!” I wanted to be like Jim.

Jim looked at me in a serious way. A little different than usual. We were always laughing and kidding around. There wasn’t much laughter in my home.

I was shocked when he asked me if I would take over his paper route. I didn’t even know how to respond. Why would anybody ever come right out and offer me a job. I teared up a little with so many mixed emotions. I wanted to be like Jim.

Jim asked me if I wanted to go with him on his hospital route a few times. If I liked doing sales work, we would talk more. He wanted to show me the ropes. So, we went for that as a starter. I didn’t feel pressure at all.

“See you tomorrow after school, Stephen,” Jim said, as he danced down the street, looking back at me with his usual grin. I wanted to be like my buddy Jim…

This was Stephen’s very first sales job. And he loved it! “I could be like Jim…” He thought with hope in his heart. Stephen always held out hope for a better day.

Next, Part 2 in a series of “The Last Paper Boys”

Steve Sparks is a retired information technology sales and marketing executive with over 35 years of industry experience, including a Bachelors’ in Management from St. Mary’s College. His creative outlet is as a non-fiction author, writing about his roots as a post-WWII US Navy military child growing up in the 1950s-1960s.
View all posts by stevesparks →
← How do you flush out assholes when the toilet is plugged up? Sound like your busness? PG13 The Last Paper Boys, Part II →