Please support my mission of helping families who suffer from PTSD and moral injury…order my book, Reconciliation: A Son’s Story.  Click and order paperback or download Kindle version.  Buy my book at Barnes & Noble as well… Thank you!

“Surviving and Thriving” life after trauma… at the Palm Springs Air Museum…  click on link for slide show…
Vernon H. Sparks, BMC, U.S. Navy (1918 – 1998)
“This story is written to honor my father’s sacrifice to his country during WWII, Korean Wars, and as a survivor during the attack on Pearl Harbor, December 7, 1941.  The story will also show how battle affected the lives of the men who experienced extreme trauma to body and mind at a time when mental health research and treatment were barely getting attention.   This story is also about the families who were affected by the war, who suffered and sacrificed during the war and long after with the symptoms of Post Traumatic Stress Disorder (PTSD).” 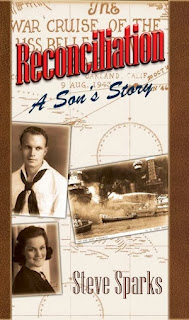 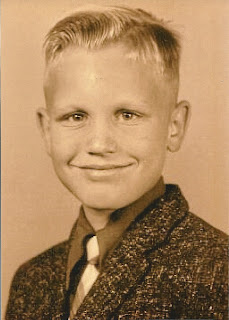 It was very special to my family, especially son-in-law James See, son of Captain Robert B. See, to honor his father during my presentation at the Palm Springs Air Museum.  It was particularly appropriate because the very aircraft piloted by WWII Fighter Pilot Ace, Captain See was the Corsair F4U during the Solomon Island 4 month mission to overcome the superiority of the Japanese Zero.  The Corsair is housed in the Robert Pond Hanger at the Palm Springs Air Museum.  James See was able to revisit his own family’s proud WWII legacy and share with his wife, my daughter Deanna, and granddaughter Cameryn.  James was deeply moved since his father, Robert, was killed in an accident when James was just 15 years old.  It is profoundly personal and healing for family members to remember and honor loved ones who served America and actually piloted the aircraft preserved and exhibited from WWII and later wars during the 20th Century.  The museum also has a Pearl Harbor exhibit, which was especially moving to me because my father served aboard the USS West Virginia (BB48) on December 7, 1941. 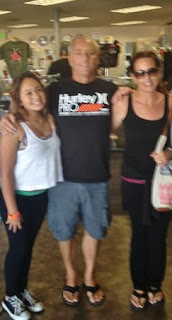 “First Lieutenant Robert B. See made the squadron’s first “kill” four days after arriving on the island.”  click on this website to learn more about the VMF-321…VMFA321 Home…  The Distinguished Flying Cross awarded to Robert Byron See…  VMF321 WWII first mission history… 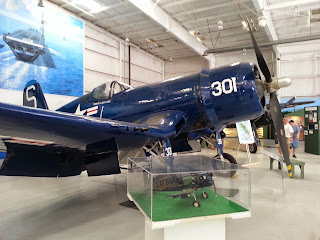 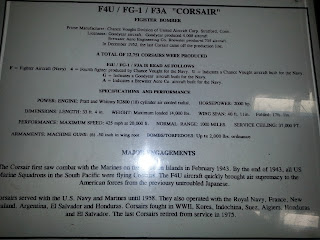 Steve Sparks is a retired information technology sales and marketing executive with over 35 years of industry experience, including a Bachelors’ in Management from St. Mary’s College. His creative outlet is as a non-fiction author, writing about his roots as a post-WWII US Navy military child growing up in the 1950s-1960s.
View all posts by stevesparks →
← "Service: When Women Come Marching Home" The courage of several women veterans transitioning from active duty to civilian lives... Healing Invisible Moral Wounds and Injury... "A Fort Worth center takes on some of war’s deepest injuries." →

When It Rains The Sonora Sings To Me…

https://youtu.be/nko6PPy_9_Y When it rains the desert sings... Texas Sage "Actually harmful to the touch. The stinging caterpillars have stiff poisonous hairs or spines on their bod- ies that...
stevesparks

"Billy Bobcat" https://en.wikipedia.org/wiki/Bobcat "The bobcat (Lynx rufus), also known as the red lynx, is a medium-sized cat native to North America. It ranges from...
stevesparks

The Monsoons Comin’ So What Does That Mean?