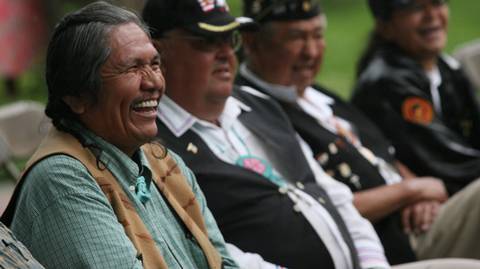 We can never learn enough about Native American culture and heritage. The very first Americans were here long before the white man.

Some were here, like the Wanapum, around 8000BC. A very long time ago. I wonder why we Americans of modern times are so quick to say this is solely our land?

As more of the amazing history of Native Americans is revealed to me, it is a beautiful rich history, indeed. So much of it forgotten in history, ignored in educating our children. Our kids often grow up without a thought of digging deep into this treasure trove of humanity, thriving in America for centuries before the white man discovered America.

As rich as the modern white man’s culture, including a highly diversified multi-cutural 21st Century society, I believe something has been missing for me until more recently. I believe my context of America is richer now because of a deep awareness, appreciation and respect for Native American culture and heritage.

I honor Rick Buck for his service in preserving the history of the Wanapum people, his people, America’s people. He and others in so many tribal communities in America are patriots too.

Take Native American spiritual beliefs for example. The roots of it resonate with me, especially in these later years. It is nature that draws me closer to my own spirituality, not religion, nor in things.

As much as I respect religious beliefs, I find healing and peace of mind mostly while connecting to the wind and sea, the wildlife, fauna and flora. It is in these special moments I feel whole and at peace.

It is in these natural ways and feelings that touch my soul deeply. These are the moments I feel the closest with God and the Universe as one in the same.

Native American culture and their heroes are to be honored the same as all Americans. We try to do that here as much as possible, thanks to Rick Buck and the Wanapum Heritage Center…

Before the Columbia, there was Chiawana. The Wanapum, which means the River People, are part of the river and the land through which it flows. Coyote created the river in his efforts to care for the Wanapum. The Wanapum people have been supported by the river’s bounty for thousands of years. We honor the spirit of the river. We are the caretakers responsible for the land and for passing on the teachings of the natural world to the next generation.

Steve Sparks is a retired information technology sales and marketing executive with over 35 years of industry experience, including a Bachelors’ in Management from St. Mary’s College. His creative outlet is as a non-fiction author, writing about his roots as a post-WWII US Navy military child growing up in the 1950s-1960s.
View all posts by stevesparks →
← Kinkiizi Anglican Church of Uganda Community Health Empowerment Ministry... PTSD Postal Stamp Symbolizes Healing from Trauma... →