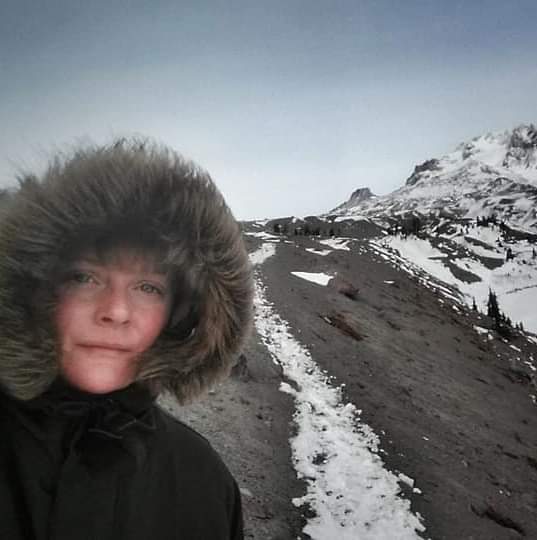 Close to 10 years ago now, little did I know that I would befriend someone who shares somewhat similar experiences from childhood as me.  Although these experiences are generations apart, they are rooted from the same source…both our fathers experienced PTSD from war.

My friend Steve’s father suffered PTSD from WWII and Korean War, while my father suffers PTSD from Vietnam. I am glad I am friends with Steve; he helped me to realize that I am not the only one out there with effects from a family members fight with this dilemma.

Now I know that I am not my own little island in the sea of humanity, there are many of us islands. I was fortunate enough as a child to live in Italy and Germany as a military brat. Dad was active duty and a Vietnam vet with USMC and later enlisted with the U.S. Army.

What I didn’t realize then, was that he had PTSD. When he would yell, scream, and smack me around I thought it was normal, in fact, to me it was a simple fact of life.

What I also didn’t realize, was how my Dad’s PTSD affected my Mom as well. She would go to work early, come home late, and work many weekends for the Stars and Strips Newspaper; staying away from Dad as much as possible.

I did not know my mother, and she did not know me, and the only thing I knew of my Dad was the abuse and anger he had towards me. That was my life ’till I was almost 10 years old, then the apple cart was turned upside down, we moved back from overseas.

Dad divorced Mom about a year and a half after we returned leaving us in southern Indiana, and Dad left for good to Michigan. Once Mom realized he was never coming back, the monster she had harbored came out with a vengeance, secondary PTSD.

When Dad left, I was lucky enough to be at my Grandmother’s house, as she took us in for six months. Mom slept 14 to 18 hours a day, only getting up to go to use the bathroom, and then back to bed to either sleep or lie there and cry.

Finally my Grandmother had enough of us being in her house and forced my Mom and I out, leaving us at a public housing office. After a few nights in a shelter, we were placed in a small public housing apartment called, “White Court” in New Albany, Indiana.

I thought this move was going to help give my Mom momentum with having a fresh start. Indeed this was not the case, her PTSD got worse.

I had to wear the same pair of socks for 8 months; they smelled like ammonia, were caked with filth and were literally plastered to my feet. When I had shoes, I walked out of them at the toes and wear them for months in that condition.

My jeans and t-shirt were stained with wearing them for weeks straight day and night, as I did not have night pajamas. There was no washer and dryer, no laundry mat in walking distance, and she would not buy soap or a bucket to wash clothes.

There was never any food in the house. If there was something in the fridge it was usually what someone was tossing out because it was spoiling.

I was at least lucky to have free lunch from my elementary school, so I knew I could have a meal once a day during the school year. I relied on that food, as it was literally all I had in my life.

I hated summers because I would miss out on the lunches from school and would scrap together meager meals of stale hamburger buns and souring bologna, bologna so soured that there was a white pasty film on it that I would scrap off.

It was during one of these summers, when I was 12 about to be 13, and had to attend summer school, that Mom closed the door to me. It was my last day of elementary school, when I got home all the doors and windows were locked and Mom was not answering.

I sat on the porch till 10pm wondering what had happened, asking neighbors if they had seen anyone at the apartment, nothing. I went to a 5th grade friend’s house, but her family did not want anything to do with stained clothed, ammonia smelling kid; they told me to leave and not return.

Under the glow of the dim street light I slept on the porch that night.  The next morning I walked downtown to the amphitheater next to the Ohio River. I would sleep in and around this amphitheater for the next three months.

Summer school did not serve lunch, so at night for food I would dig in the dumpsters of the local restaurants after they had closed. I remember eating half eaten fried chicken legs, macaroni salad with my fingers, licking pie filling off of paper plates, and using old napkins with lipstick stains smeared on them.

I remember being afraid to sleep outside at night; so I would walk around town, watch the trains, or sit and listen to the coal barges and tugs going up and down the Ohio River till dawn.

I was also afraid of the local law enforcement, as I was scared of getting in trouble for being homeless and filthy. I did not know at the time that they would actually have helped me.

I kept going home every other day and knocking on the door and no one ever answered, even though I could see the mail was picked up and curtains were moved. The day 7th grade started, again I went back home and knocked on the door.

To my surprise my mom answered the door. Dark circles under her eyes, dirty clothes, and matted hair is how she greeted me. I asked where she had been, and all she could say was that she had been busy.

I told her 7th grade started today and I need her to go register me for school at the junior high, she agreed and we walked to school. I walked into the office with the same jeans, t-shirt, socks, and shoes I had been wearing for four months since the end of April, as people are staring at us I get registered for school and receive my class schedule.

Second period was pre-algebra, and I hated math but I did not know that my life was about to change. I met my best friend Tracy, she didn’t care what I looked like or smelled like.

In fact, later in the school year her Mom and Dad invited me over to their house as often as I wanted. They fed me, washed my clothes, and let me shower. By 8th grade I was living in their house. Mom still had custody of me but she allowed for my move. I was in their household ’till just after high school graduation with a 3.75 GPA, college bound, clean clothes and good food.  Someone had finally given me a chance to survive, and I thrived…

Jenny’s testimonial was first published in January 2014. Thank you Jenny for all you do for our community! We are kindred spirits!

My latest book stars “Jack” King of The Rain Forest in several of the 55 short stories. Download this inspirational ebook, full of kindness in love. Get Kindle app on your device…

Steve Sparks is a retired information technology sales and marketing executive with over 35 years of industry experience, including a Bachelors’ in Management from St. Mary’s College. His creative outlet is as a non-fiction author, writing about his roots as a post-WWII US Navy military child growing up in the 1950s-1960s.
View all posts by stevesparks →
← Stigma! What does it look like? Prevalence of PTSD in Teens... A personal recollection... →