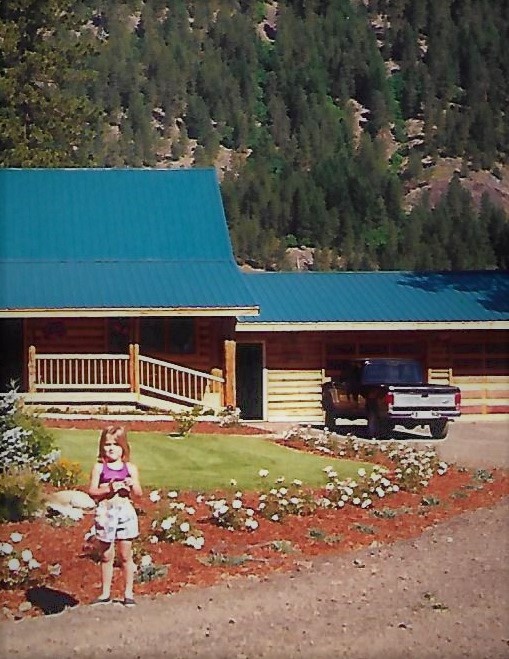 Judy and I started talking up fulfilling our dream to own our own retail business in a rural community. Leavenwoth was the perfectly suited magical spot on the planet to get a business going on Front Street, or close to it. Owning a small business was on my bucket list of dreams for a long time. It didn’t seem nuts at the time. I followed my heart and soul.

Looking back on it, one has to be a little off to jump into something and learn it from the ground up. But I did everything that way and still do. I wanted to be inside of a small community on the rise as a hot tourist town, a Bavarian Village like no other.

This was Leavenworth, Wa. in all its beauty and charm that made dreams come true. Our dreams as a family came true in Icicle Valley.

The Sparks family changed forever when we fell in love with this wonderful community of loving folks who celebrated life everyday of the week and many times over the weekends. And the best of the best was a blow out starting with the Autum Leaf Festival in the fall, and the famous Christmas Lighting during the holiday season. It was magical, indeed, in every respect.

We were living in heaven and I didn’t know it at the time. But Judy and Sarah did… Icicle Valley was home now for the Sparks Family. It was our spiritual journey during the earlier years… We would soon find out how much so.

Life in Icicle Valley was beautiful and challenging in so many ways that helped our family heal and grow together away from the chaos that made us feel trapped in a world gone mad.

Moving Past a Stressful Career and Booze…

Before Northwest Gourmet became a reality, I have to go back to what happened a few months after settling down in Icicle Valley. I got sucked in again!

One of the headhunters I was working with at the time called me about a IT start-up in Kirkland, Wa looking for a VP sales for their retail distribution of an early PC platform designed for messaging. The IT business has come along way since the early 90s. Indeed, the Internet has changed everything in the world of technology since the early 90s.

Judy must of thought I was a complete nut, when I told her about this opportunity. She knew in her heart and so did our little girl that Dad needed a rest and should hang out with nature for awhile before heading back to the stress of executive management. But I did it anyway with a “flight/fight” wired brain, I couldn’t help myself.

I moved over to Kirkland and stayed in an apartment during the week, and went home on weekends. This really sucked, and I missed my family terribly. I started drinking too much. There was the usual crazy organizational changes after I took the VP sales job.

I started reporting to the senior VP marketing who was a complete and total idiot, and self serviing executive, with a head far bigger than mine. To say the least, we didn’t have the chemistry to work together. Putting two triple A personalities together running sales and marketing wouldn’t end well.

I resigned six months into the job, and decided that the lesson learned was to go back home to Icicle Valley, and get past all the stuff that didn’t really matter. We had a healthy war chest at the time, so there was no reason to rush into anything, especially a stressful career dynamic.

So, I bought a pint of Vodka and mixed it with orange juice and started to drive back over Stevens Pass to Icicle Valley near Leavenworth, Wa. It’s scary to be reminded of that time driving home. It was a miracle I wasn’t killed or tossed in jail.

But my alcohol addiction problem grew worse. I knew I had to work on that after spending the last 25 years on a “5 pm somewhere” habit. I had to have my Vodka everyday, along with white wine that had the highest percentage of alcohol.

I stashed 4-packs of wine in the garage. I was never without access to booze. My wife new all along what was going on, but was always compassionate and kind. I was not, and hated myself for the times that my anger and drinking got the best of me. I was a functional acoholic and didn’t admit it. I had to stop drinking but it was really hard. More later on this painful fork in the road…

Northwest Gourmet was an opportunity to build a small business in a rural community. Leavenworth was the perfect spot. We acquired NW Gourmet in early 1993, and turned it into one of the first espresso and specialty foods shop with a northwest flavor. It was a dream come true in the begining, especially in learning a new career and getting into local politics and community building. But we would soon have competition.

The first year of NW Gourmet was very successful, but then the fires came first in the hot summer of 1994. It was a scary time and the mountains all around Icicle Valley were on fire.

Judy was home alone while Sarah and I visited my brothers family in Incline Village, Nv. It was obvious that Sarah and I had to get back home because Leavenwroth, Wa would be evaculated. Judy found a hotel in Wenatchee for us to stay awhile and waited for us to return. It was a very anxious drive back from Tahoe. It would take us about 15 hours to get back home with one overnight in Bend, Oregon. Bend was even at risk with raging fires.

We stayed in a hotel in Wenatchee until we could go back home. It was time, once again, to get up, get up, get going. There was so much hope and love for the future.

I finally kicked my alcohol addiction at age 55! Life has been so much better since then. Without the love and kindness of Judy, Sarah and this beautiful community of Leavenworth, I wouldn’t have found my soul in Icicle Valley…

Steve Sparks is a retired information technology sales and marketing executive with over 35 years of industry experience, including a Bachelors’ in Management from St. Mary’s College. His creative outlet is as a non-fiction author, writing about his roots as a post-WWII US Navy military child growing up in the 1950s-1960s.
View all posts by stevesparks →
← "Finding My Soul in Icicle Valley, Chapter 1, excerpt 3... "Depoe Bay's Miracle for Kids" by Steve Sparks 2010 →