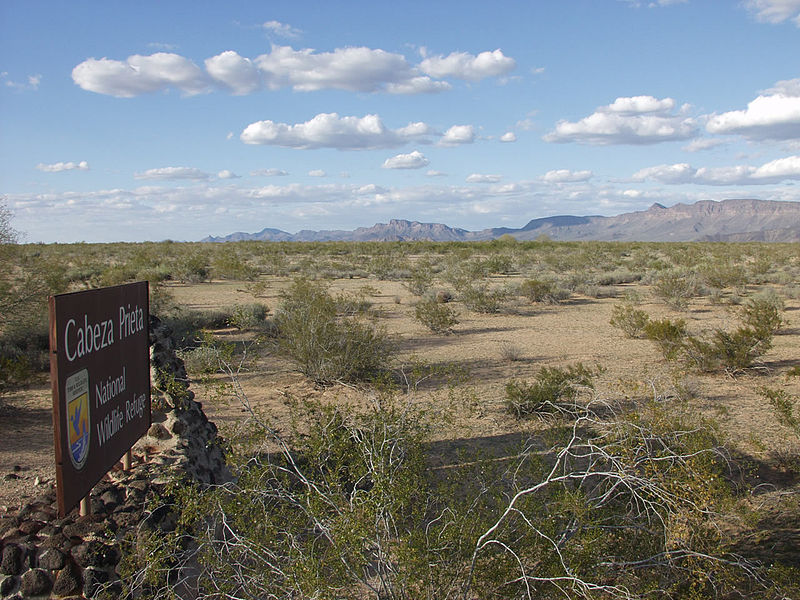 “Native Americans in the northern Sonoran Desert region had little to no contact with Europeans until 1540. At that time, the Spanish government regarded the area as a dry, arid, Native American-infested wasteland with few useful resources.

The center of New Spain, Mexico City, was far removed from this region, and consequently the area was of little importance to the Spanish at the time.

Things changed when Franciscan Friar Marcos de Niza ventured into the area and returned spreading rumors of seven cities of gold in New Spain’s northern frontier.[1] These rumors were enough to entice Spanish conquistador Francisco Vazquez de Coronado to conduct an expedition into the area.

The ensuing interaction between the Native Americans of the northern Sonoran Desert region and the Europeans shaped the history of the region.”

“Trade routes crisscrossed the Spanish frontier in North America. Trails like the Natchez Trace, the caminos reales of California, Texas, and New Mexico, Old Spanish Trail in New Mexico, Colorado, Utah, Nevada, and California, as well as the Santa Fe-Chihuahua Trail, represented a growing transportation and commercial development in the late Spanish period.

Formed from old Indian trails, some of these routes left a trace in North America that visitors can still see and appreciate in the ruts, rock art, and archeological campsites that remain.”

I wanted to look more closely at the relationship of Native American culture and the Spaniards, who came to the southwest 200 years earlier than the whiteman. My interest was peaked after watching the last episode of Paramount’s 1883. We love this story, truly.

In the story, one native brought a Spainard helmet from that time into the camp. He offered to trade it. He was asked, “why should we want that?” The Indian responded, “the Spainards left, we protect our lands.”

It was respect and a nod of approval that the Native trader’s Spainard helmet was accepted in trade. But, it was a rare case of an emotional connection with sincere https://en.wikipedia.org/wiki/Morion_(helmet)empathy and compassion.

Shows the sharp contrasts between natives and early American settlers. The challenges of moving west on horse and wagon caravan brought forth the true spirit of Americans seeking dreams and searching for a new home for their families.

They were patriots too, and veterans along with Native Americans who fought to save their lives from the white man, they couldn’t trust to be kind and loving. We proved them correct in raping and pillaging their lands.

A morion (Spanish: morrión) is a type of open helmet originally from the Kingdom of Castile (Spain),[1] used from the beginning 16th to early 17th centuries,

Steve Sparks is a retired information technology sales and marketing executive with over 35 years of industry experience, including a Bachelors’ in Management from St. Mary’s College. His creative outlet is as a non-fiction author, writing about his roots as a post-WWII US Navy military child growing up in the 1950s-1960s.
View all posts by stevesparks →
← Remembering Audie Murphy WWII Medal of Honor Recipient & Actor... Passion! Your Greatest Gift... →