‘Moral Injury’: An Invisible Wound Of War… A Spiritual Dilemma…not a diagnosis…

“Moral Injury is not a diagnosis, but an explanation for many veterans’ emotional responses to their experiences of war.”

#####
The following public broadcast series is a critical and timely body of work…  I have found my journey of healing far more realistic and understandable, when using the diagnosis and symptoms of PTSD in the context of my own spirituality…that is what is innately right and wrong.  Participating in traumatic events where there are citizens including children killed as collateral damage in war is heartbreaking for soldiers.  They may not always show it during the heat of battle because they are trained to kill and defend themselves and their battle buddies.  Emotional numbness, a symptom of PTSD, is often a good defense for the soldier while in combat and when initially returning home…  But once home following deployment, the heartbreaking experiences haunt most veterans for a lifetime.  The anxiety, depression, and angry outbursts at home then affect the rest of the family or loved ones, especially children.  Children are silent but often end up exhibiting secondary symptoms of PTSD to carry forward in adult life.  This was the experience of my family for decades before beginning our own journey of healing through researching and writing my book.  Since publishing my book in November 2011, I have been hosting my own blog as well, which is very healing for me and countless others who follow my work and posts each and every day.
Please take advantage of the awareness and educational opportunity of the following series on moral injury, a collaboration between WBUR and American Public Media’s Public Insight Network.  A deeper understanding of moral injury and the spiritual implications will provide a much stronger level of awareness to those who suffer from the symptoms of PTSD.  The first step to healing is awareness.  Knowing yourself as a spiritual human being and engaging in human connectedness will enhance your own healing journey…a work in progress…
Steve Sparks
Author
Reconciliation: A Son’s Story and My Journey of Healing in Life After Trauma Part1&2.. click to order… 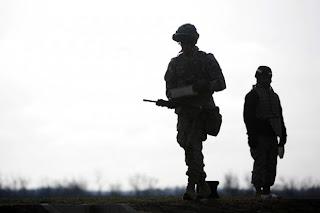 “Veterans who have been a part of something that betrays their sense of right and wrong often find themselves grappling with what researchers are only now beginning to understand – something that PTSD doesn’t quite capture. They call it “moral injury.” It’s not a diagnosis, but an explanation for many veterans’ emotional responses to their experiences of war.”
Our series on moral injury is a collaboration between WBUR and American Public Media’s Public Insight Network. The series launches June 24.

How To Treat A Veteran’s ‘Moral Injury’

BOSTON — It’s a term some experts use to describe the aftereffects of some aspects of active duty.

For Soldiers At War, A Rewiring Of Their Sense Of Right And Wrong

SANDOWN, N.H. — Giselle Sterling, 31, served in Afghanistan. Her father, Nelson, served during the Vietnam War. The two are just now beginning to compare their experiences of war.

A Crisis Of Compassion In The Chaos Of War

BOSTON — During his second deployment to Iraq, ‘Tom’ found he had trouble holding on to his moral compass. And then reality hit — in the form of a local Iraqi’s dog.

BOSTON — Experts say members of the military have trouble with the idea that the very thing they are trained to do can injure them.

BOSTON — The concept of moral injury — a betrayal of your sense of right and wrong — has helped Marine Corps Capt. Tyler Boudreau understand years of pain that therapy and medications for PTSD didn’t address.

‘Moral Injury’: When Soldiers Betray Their Sense Of Right And Wrong

Veterans who have been a part of something that betrays their sense of right and wrong often find themselves grappling with what researchers are only now beginning to understand. “Moral injury” is not a diagnosis, but an explanation for many veterans’ emotional responses to their experiences of war.

Steve Sparks is a retired information technology sales and marketing executive with over 35 years of industry experience, including a Bachelors’ in Management from St. Mary’s College. His creative outlet is as a non-fiction author, writing about his roots as a post-WWII US Navy military child growing up in the 1950s-1960s.
View all posts by stevesparks →
← Honoring the 19 Granite Mountain Hotshots who gave their lives to protect us... And 1st Responders everywhere who go about their work each day as neighbors and loved ones... The forgotten 20th Century WWI & WWII Spouses, Mothers, and Loved Ones..."WWI vet's widow, 103, gets VA benefits." She served too! →