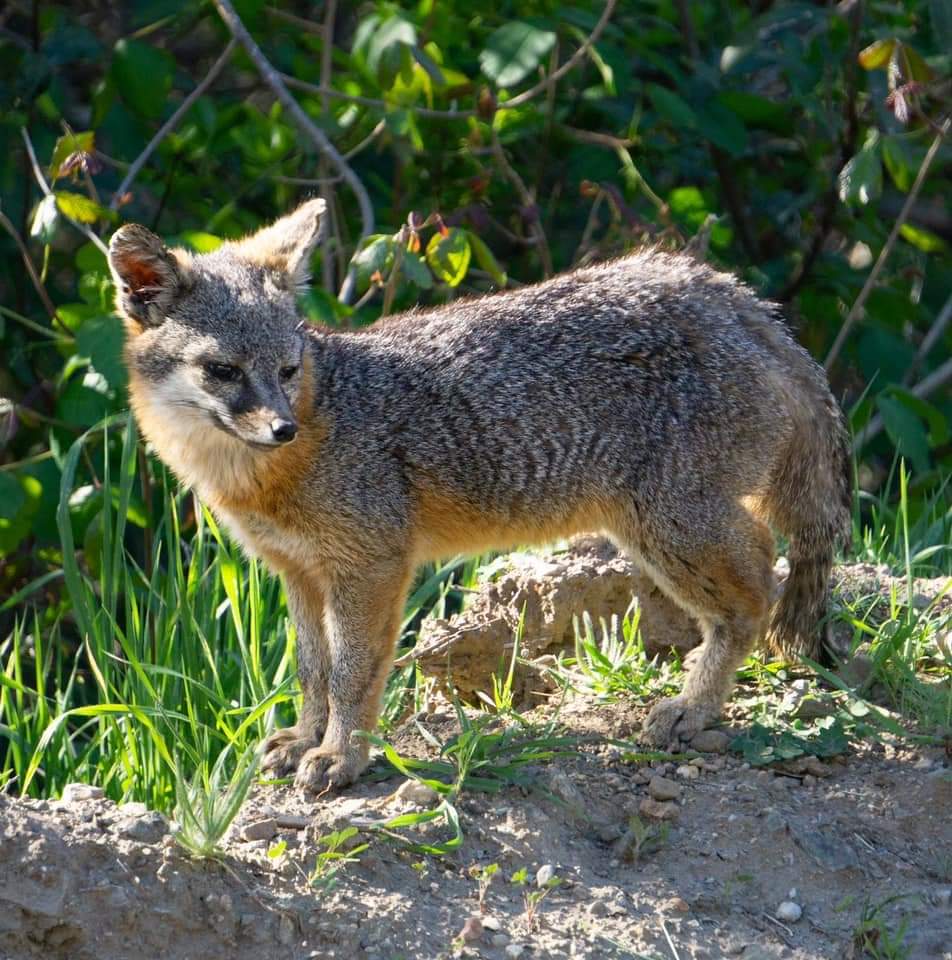 I was instantly taken with Matt Berger’s passion, his love of secret blooms yet to be discovered. He’s my hero now.

I will, on occasion, share Matt’s work as it inspires me the most. I love this story of the Catalina Island Fox.

The Catalina Island Fox (Urocyon littoralis ssp. catalinae)… one of the smallest canines in the world, typically weighing between 2 and 6 lbs. It is so unbelievably cute!

This is one of 6 subspecies of the island fox, found on 6 of the 8 Channel Islands off the coast of California, each island having a distinct subspecies of fox. They are descended from the larger and more common gray fox (Urocyon cinereoargenteus) of mainland North America.

It’s thought the ancestors of the island fox made its way to the northern Channel Islands via rafting during the ice ages when the distance between the mainland and the islands was much smaller due to lower sea levels.

Once here they were subject to the phenomenon of insular dwarfism, where predatory animals often evolve to be smaller due to limited prey items on small islands.

Smaller individuals require less food than large ones, and are more likely survive times of scarcity than larger individuals. The larger animals die off and the smaller ones survive and reproduce, passing on genes for smaller bodies.

When indigenous peoples reached the northern islands more than 10,000 years ago they tamed the foxes as pets and important spiritual icons and then introduced them to the other Channel Islands as they were subsequently colonized.

From then on the foxes evolved into the distinct, but still very similar subspecies that exist today! The foxes have little fear of humans, as they’ve had no terrestrial predators for more than 10,000 years, being preyed upon only by eagles and other large birds of prey.

You can get real close to them without them fleeing as we did here! Their numbers were decimated on several islands in the 1990s from introduced diseases from domestic dogs and raccoons. In 1998, a canine distemper outbreak killed around 90% of the foxes on Catalina Island.

Vaccination programs for the disease has led to a very successful recovery and now the population has rebounded there! Happy these precious little foxes are abundant on the island once again, five pound little apex land predators of Catalina. 🦊🥲

Steve Sparks is a retired information technology sales and marketing executive with over 35 years of industry experience, including a Bachelors’ in Management from St. Mary’s College. His creative outlet is as a non-fiction author, writing about his roots as a post-WWII US Navy military child growing up in the 1950s-1960s.
View all posts by stevesparks →
← Show 'n Tell or "Punch 'n Judy?" The Shackleton! →