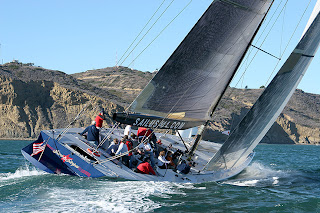 In the hearts & souls of all who loved him…

I’m very proud and grateful to have known Lynn Hanna for going on 50 years. He lived his own dreams in life, especially in retirement. Sailing was Lynn’s great love. I see him now on a downwind sail cruising across San Diego Bay, smiling and laughing all the way to Heaven’s gate.

As a US Marine veteran, Lynn continued to make a difference for others by helping military families heal from both visible and invisible wounds of war. He was a champion of always thinking of others first with great empathy and compassion.

I signed my book for Lynn during one our many visits with this note, “Best friends forever.”  Lynn continued to serve America by helping fellow veterans and their families in life after war until his passing on June 17, 2022.

A proud US Marine veteran…

Lynn, like most Veterans, served America without a need for fan fare or recognition. He showed his pride, honor and duty by making a difference for other veterans, especially those who suffered from the wounds of war.

His work with the widows of warriors killed in action is especially noteworthy.

The “American Widow Project” is a non-profit organization dedicated to a new generation of those who have lost the heroes of yesterday, today and tomorrow, with an emphasis on healing through sharing stories, tears and laughter. “Military Widow to Military Widow.” The widows of our warriors who make the ultimate sacrifice served America too with pride and honor.

Widows of warriors who were killed in action often suffer in silence and we rarely hear their stories.  My heart was touched hearing about the American Widow Project, and how these brave women band together and help support each other and the families of veterans of all wars…

Friendship with Lynn represents a treasure trove of beautiful and fun memories over many decades. “My man Hanna,” was how I always greeted him. He would say back to me, “hey Sparkles!” That’s how I got the nickname, “Sparkles” at Action Communications Systems in 1980, where we were both star sales pros together.

I remember my first sailing adventure with Lynn in Newport Beach, Ca. He was still working in IT sales back then. “How did ya come up with the name Bastrop, my man Hanna?” You know, Sparkles, I was born ‘n raised in Bastrop, Texas.” Then he showed me his map, and blurted out with pride, “right chere, Sparkles, see, right chere!”

Lynn proceeded to tell me about his family and upbringing in Texas in the small town of Bastrop. He loved to talk about memories of his bro’s, Mo and Booger. “Lynn, do you have a nickname too? Yeah, it’s Rooster!” We both laughed and laughed like we always did together.

Judy & I lived in Laguna Niguel, Ca at the time. Nortel Networks shipped our Cat27 from Tacoma, Wa when I was transferred to take on a new assignment.

Lynn’s “Bastrop” was moored at Newport Beach Marina. Judy named the Cat27 “Sparkles,” how about that? We moored the Cat27 at Dana Point Marina, further south.

Since we couldn’t get tickets to the New Year’s Eve event, we took the dingies for a ride to town with the girls in tow. “It would be the best New Year’s Eve ever,” Lynn announced to all of us as we paddled into shore.

I think we were all half smashed by then, as the Tequila shooters ‘n Cornona’s took hold. The Eagles sang Hotel California. from a distance while we paddled to shore.

When we tied the dingies to the dock and started walking to town, Lynn took us to his favorite rest stop, Captain Jack’s Swordfish Grill ‘n Pub. Lynn loved Swordfish more than his Bastrop, I thought. I think we all loved Swordfish too, and still do.

When we were all in Dallas again for a sales conference, Lynn invited everyone over to his house for a barbecue. The guys were going to stay at the house for cocktails and supposedly watch a baseball game.

The ladies (wives and girlfriends)  were going out for cocktails separately. The plan was we would all reunite later for the dinner in about 2 hours. So the guys proceeded to get some drinks yukking it up watching baseball. About halfway through the game it got boring.

Lynn said he had an idea to liven up the party. He went to a cabinet and came back with a VHS video movie ( I think the name of the movie was “Debbie Does Dallas”) clearly an off color “adult” movie. Much more interesting than the baseball game.

But little did we know the girls cut their cocktail party short and decided to come back to the house about an hour earlier. Fortunately, some one saw the cars with the ladies pulling into the drive way. In panic mode Lynn attempted as best he could to get rid of the video and get back to the ball game before the ladies came storming in.

All Lynn was able to do was get the video out and get to the first available station. Unfortunately it was not the ball game. So when the ladies came in seconds later all of us sports minded hot shot sales guys were sitting around watching a “Winnie The Pooh” special. Although we tried to keep a straight face it was patently obvious we were up to no good.

Lynn tried to explain it was an issue with the TV but the ladies clearly knew something was amiss but we never told them what it was. We laughed about this many times in later years.

Lynn was always the consummate sales guy. Always creative and always ingratiating to those he dealt with. Customers loved him as did all the people he worked with.

A classic example of Lynn’s humor and creativity was experienced many times especially at one of our annual sales meetings at Action Communications in Dallas.

Lynn was the Senior Account Manager for one of Action’s Product lines (at the time referred to as the “Telecontroller” later changed to “Mercury Message Switch”). Lynn was giving a presentation on this product to the sales team so that we could assist in selling the product to our respective customer bases.

About midway through his presentation Lynn excused himself and left the room for about 5 minutes. We all thought he just went to the head, But, when he returned, h had a tray with $2000 in cash on it (all crisp new bills).

With that big smile, he always had qon his face, he proceeded to walk around the room showing all the sales folks individually that this would be the bonus we could receive for any product leads that led to a successful sale.

We were all very impressed. I don’t know how many systems they sold as a result of this but it was an effective and creative sales tool and fun to boot.

Saying goodbye to an old buddy…

For me, it’s not possible to say goodbye to Lynn. He had such a major impact on my life, and that of so many others, he will live in our hearts and souls forever.

See you on the other side, my dearest friend, Lynn Hanna. We’ll sail away together again for another New Year’s Eve on Catalina Island. We’ll drink Tiquila shooters ‘n Coronas, and listen to the Eagles Greatest Hits once again, laughing at life like we always did…

Hanna thru the years…

Steve Sparks is a retired information technology sales and marketing executive with over 35 years of industry experience, including a Bachelors’ in Management from St. Mary’s College. His creative outlet is as a non-fiction author, writing about his roots as a post-WWII US Navy military child growing up in the 1950s-1960s.
View all posts by stevesparks →
← Home Again! Living Our Dreams Again... Warm, Even Hot Weather Is Saving My Life...and a new pal... →