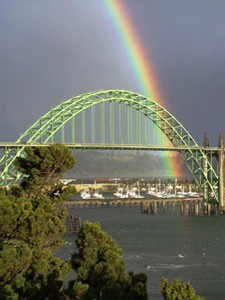 Moving Forward and Stepping Up –

We teamed up a year ago to launch an effort that’s beginning to transform Lincoln County in profound ways. Stepping Up is a national effort to transform the way we deal with people with mental illness and addiction issues in the justice system, but its’ impacts are even more far-reaching.

In early 2015, the American Psychiatric Association, Council of State Governments and National Association of Counties came together to launch Stepping Up.  Jails and prisons have become the default holding facilities in our country for people with mental illness and addictions issues. It’s estimated that nationally, more than two million people are behind bars primarily because of behavioral health challenges.

Why is this a problem? Just a few of the reasons:

These institutions aren’t equipped to deal with this population. They don’t get better behind bars; their condition deteriorates.

This group tends to get stuck in the system, with longer stays often for relatively minor offenses, making it more difficult to keep people in custody who truly need to be there.

It drains public resources, in both the correctional and health care systems, as these people cycle through the system again and again.

Is this a problem in Lincoln County? Yes. Our jail holds 161 people. At any given time, about 30 percent of these folks have a diagnosed mental illness, and about a third of this group are severely and persistently mentally ill. This 30% does not include those with addictions issues.

Their numbers are growing, yet our total number of jail beds are finite, which makes it harder to avoid releasing people before their sentences are completed.  Our goal is not to increase the number of jail beds, but to reduce the need for the jail beds we have.

Our county has recognized this issue for a long time. We’ve had a mental health subcommittee under our Local Public Safety Coordinating Council for more than a decade. We have a Mental Health Court, a jail counselor (something many counties larger than us don’t have), and have received a grant to establish mobile mental health crisis services. All of these are positive steps, but we need a lot more.

In October of 2016, the Lincoln County Commissioners adopted the Stepping Up resolution, which formally made us part of this national effort. As of this writing, 389 counties have adopted the resolution nationally, which represents more than a third of the total population in the United States. Sixteen of Oregon’s 36 counties are on board.

Giving people in the justice system better tools to deal with mental illness is one of our priorities. All members of the Sheriff’s Office and Community Corrections have completed Mental Health First Aid training, a one-day course designed to give everyone tools to recognize and assist in a mental health crisis. The Sheriff’s Office is also accelerating Crisis Intervention Team (CIT) training for patrol and corrections deputies. CIT is a week-long course designed to give officers tools to de-escalate a crisis.

At the end of August, more than three dozen people involved in criminal justice and public safety, along with a number of community partners in treatment, social services, the faith community and peers, came together for a day and a half-long Sequential Intercept Mapping Exercise (SIM). Lincoln County was among 54 counties that applied to receive this workshop at no charge this year:  this is a testament to our level of community commitment and readiness.

At the SIM workshop, participants assessed our current system at six key points where people with behavioral health issues can encounter the justice system, identified our most critical gaps, and developed action plans to address the first four issues on that list.

The four priorities that emerged: establishing stronger pre-arrest diversions; setting up pre-trial services to provide support to people released pending trial and to hold them accountable; a more formalized re-entry system; and the integration of peer services at every stage of the process.

We’ve made amazing progress in just a year’s time, yet our work has just begun. We are, however, quite confident of achieving our goals. Why? The tremendous level of buy-in among partners and stakeholders is encourages us greatly. And, it’s been amazing, and sad, to hear from people who are aware of this work and tell us how much it is needed.

We have heard too many stories of families, careers and lives shattered by mental illness and addiction. Sometimes it’s a co-worker, sometimes it’s a neighbor, sometimes it’s a family member. Families and communities everywhere have suffered far too long.  It’s up to us as citizens to step up and finally end the cycle of damage and begin to heal.

Steve Sparks is a retired information technology sales and marketing executive with over 35 years of industry experience, including a Bachelors’ in Management from St. Mary’s College. His creative outlet is as a non-fiction author, writing about his roots as a post-WWII US Navy military child growing up in the 1950s-1960s.
View all posts by stevesparks →
← Stepping Up Initiative... A Lincoln County Oregon Community Solution for Those Suffering from Mental Illness and Addiction... Empathy and Compassion....We need to think about what happened not what is wrong! →