In the motion picture, “Lincoln,” the stress of war shows dramatic signs of moral injury… 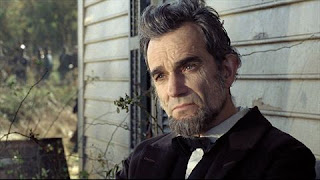 http://livingwithptsd-sparkles.blogspot.com/2012/04/civil-war-history-shows-stress-of-war.html? m=1 Quote from my posting on April 4, 2012…

Civil War medical records also refer to “Soldier’s Heart” considered PTSD in our time, “Battle Fatigue” during WWII, and “Shell Shock” in WWI. I write in my book, Reconciliation: A Son’s Story, about the history of PTSD going as far back as the civil war. America is in a state of “shock” from generations of war.

The movie “Lincoln” earns critics’ rave reviews!  Seeing the movie for myself reinforced how war can be a burden too much to bear by we mortal and spiritual humans who know the difference between right and wrong…  It was clear to me that Lincoln himself suffered from moral injury while President of the United States at that time.  I believe it drove him in a constructive way to make a difference by abolishing slavery and ending the Civil War…  It is also evident that Lincoln and many others used their pain to begin a journey of healing for America that continues to this day.  The death and carnage of the Civil War like all wars is horrifying and less than human.  War is wrong, very wrong in the context of spirituality.  But to suggest that wars will end because we know this, would mean that we humans can do no wrong, which is not human at all.  It would also mean that making choices would not be an innate human characteristic and behavior.  Consequently, wars will go on throughout history.  But we must find a balance in how we care for our warriors when they come home.  This is least we can do as humans, and part of our spiritual nature…

Steve Sparks is a retired information technology sales and marketing executive with over 35 years of industry experience, including a Bachelors’ in Management from St. Mary’s College. His creative outlet is as a non-fiction author, writing about his roots as a post-WWII US Navy military child growing up in the 1950s-1960s.
View all posts by stevesparks →
← Christmas in Destin, Florida...Join us at the Destin Christmas Boat Parade... Should soldiers who suffer with a moral injury and the severe invisible wounds of war be considered for a Purple Heart? →