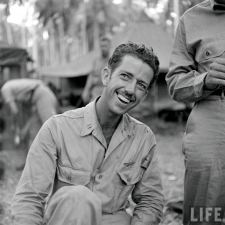 As an introduction to Byron Lewis, who provided the narrative for today’s posting, here is the comment he submitted to my very first blog posting:
“This is a very interesting read. I too come from a family heavily influenced by my father’s repressed responses to his WWII experiences. I am looking forward to hearing more from Steve and from others who can relate to what he is writing here.” Byron Lewis April 2011
One of the joys of a fulfilling and rewarding life are the rare friendships that last a lifetime. I came to know Byron Lewis almost 8 years ago when we moved to Depoe Bay, Oregon in a small community we call Little Whale Cove.
Byron and I have become very close friends and partners both in community service work we do with the Neighbors For Kidsprogram and as authors. Neither of us knew in the beginning how much we had in common and how our friendship would grow.
Byron helped me from the very first day I shared my rough manuscript with him back in the spring of 2011. He has been empathetic and sensitive to the subject, and has helped me in many ways by providing ideas and support.
Byron also contributed his experience as a psychologist with a background in Neuro-Linguistic Programming (NLP) with his introduction at the beginning of my book, Reconciliation: A Son’s Story. Both Byron’s book, The Magic of NLP Demystified, and mine can be purchased from this website.
Now it is an honor and privilege to share some of Byron’s research on his own father’s experience during WWII. I am proud and honored to introduce Lt. Cdr. Hadley McCoy Lewis, of the famous “Black Cats Squadron” and its role in protecting our freedoms in the Pacific while stationed on Guadalcanal in 1943.
Steve…
Lt. Cdr. Hadley McCoy Lewis

I have been following Steve’s blog, Families Living with Post Traumatic Stress Disorder (PTSD), since he started it in April 2011. Through it and through his book, Reconciliation: A Son’s Story, I have been able to share in his remarkable healing journey. When he was doing the research on his book he sent away for his father’s military records. I remember the tears in his eyes when he read passages to me from these records and began to piece together the real story of his troubled war hero father. At the time, I thought it might help me to better understand my own father if I sent away for his records as well.

Fast-forward a year and a half. I finally started doing some research and discovered a few references to my own father on the Internet. It was during this time that Steve’s postings began to include salutes to other war heroes he had come across in his travels and even just during walks around our town. These were regular men who happened to find themselves caught on a battlefield and forced to accept and adapt to the horrors of war. Some survived and some fell, but their heroic stories were suddenly being retold to a fresh new audience.
I contacted my older sister to get some information about my father who had passed away in 1998. He had rarely talked about his experiences as a Navy pilot during WW II, and even then only briefly. I told her about a few websites I’d found that described Squadron VP-12, the “Black Cats” to which he was assigned that sorties out of Guadalcanal in 1943 and his later assignment to Bombing Squadron 146 where he may have been part of the Battle of Tarawa. About an hour after our conversation, I got an excited call from her: “Hey By! I found a picture of someone who looks like dad!” She sent me the link, and there amongst a collection of 20 Life Magazine photos was a picture of my dad, age 30, at Henderson Field, Guadalcanal, in December of 1943. Piloting the Navy Catalinas on nighttime bombing and rescue missions, his squadron’s highly specialized mission was critical to the U.S. success in the war in the South Pacific.
My sister posted the photo on Facebook, and almost immediately a cousin on my mother’s side wrote: “…he looks really clear & happy, like life was full of hope and promise at that time in spite of the War. Feels like he had great certainty about what his life was about in that moment.”
What was his life about? Steve picked up on this lead and found an archival Navy film about the Black Cat Squadron that I watched on line. What a story!
The more I find and learn, the more I understand the terrific sacrifices and hellacious circumstances of war that contributed to the man I called “dad.” As I continue my own healing journey and with the support of Steve and the thousands of others he is reaching with his work, I hope to also come to peace with the conflicting emotions I have felt for this man.
Byron Lewis
Author
The Magic of NLP Demystified

Steve Sparks is a retired information technology sales and marketing executive with over 35 years of industry experience, including a Bachelors’ in Management from St. Mary’s College. His creative outlet is as a non-fiction author, writing about his roots as a post-WWII US Navy military child growing up in the 1950s-1960s.
View all posts by stevesparks →
← More discussion on the invisible wounds of war...moral injury...and living with the spiriitual dilemma... The Warford Foundation...helping single mothers and military widow families... →