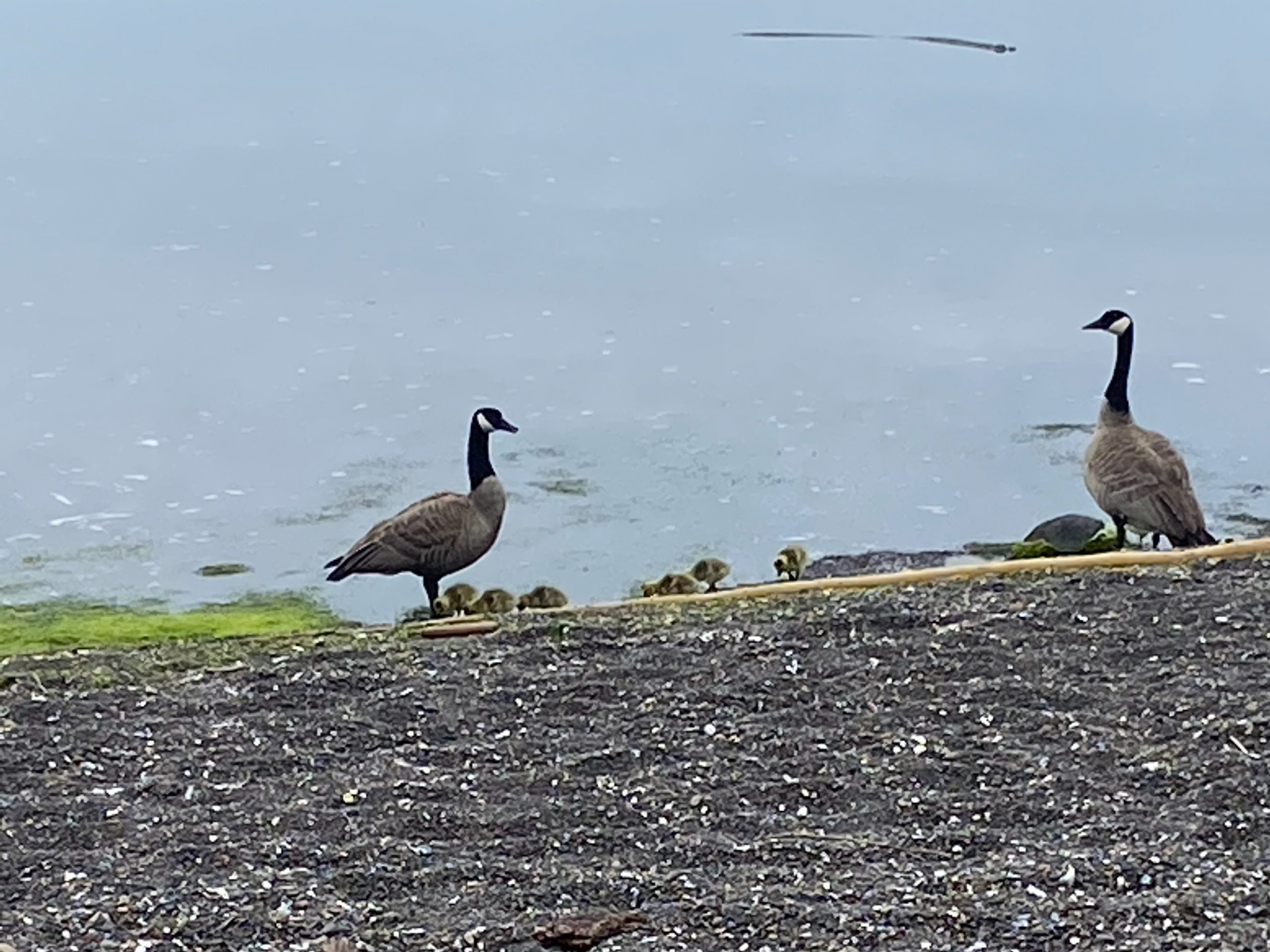 I wrote this week with some sadness about my Cove pals Matt ‘n Mattie. As Cove lovers and protectors of wildlife here in the Cove, we assumed Mattie and her goslings were taken by a predator…

The usual suspect was “Gritz” The Intrepid Eagle. We were wrong, joyously wrong, indeed!

It seems Mattie was in her nest much longer than normal. The days went by as we watched Matt alone in the Cove, mostly.

Matt had a couple of neighbors from Big Whale Cove visit while we were there a few days ago. A YouTube clip is included…

Now, we are happy to share a 10 minute YouTube clip showing our new family of nine playing and forging in the Cove. This is a joyous moment for all in the Cove!

I will be out in the Cove early a few times a week to watch them thrive and grow to be adult Canadian Honkers. There is always a risk that some goslings will not make it.

Join me each week for an update, including film, of this beautiful new family of resident Honkers, The whole Tribe will return to their winter home north to the Aleutians.

Be sure and order our new ebook!

Steve Sparks is a retired information technology sales and marketing executive with over 35 years of industry experience, including a Bachelors’ in Management from St. Mary’s College. His creative outlet is as a non-fiction author, writing about his roots as a post-WWII US Navy military child growing up in the 1950s-1960s.
View all posts by stevesparks →
← Mental Health Awareness Month. The value of "Trauma Informed Care" "Sea Planter" from Mindfulness Meditation Creations, Little Whale Cove, Oregon →