Ft. Bowie, Arizona…Native American warriors fought bravely for the survival of culture and society… U.S. Army soldiers pushed back for two decades before peace was won…

“For more than 30 years Fort Bowie and Apache Pass were the focal point of military operations eventually culminating in the surrender of Geronimo in 1886 and the banishment of the Chiricahuas to Florida and Alabama. It was the site of the Bascom Affair, a wagon train massacre, and the battle of Apache Pass, where a large force of Chiricahua Apaches under Mangus Colorados and Cochise fought the California Volunteers.” 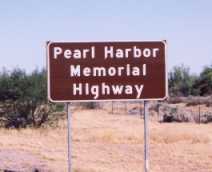 “Fort Bowie commemorates the bitter conflict between Chiricahua Apaches and the U.S. military – a lasting monument to the bravery and endurance of U.S. soldiers in paving the way for settlement and the taming of the western frontier. It provides insight into a “clash of cultures,” a young nation in pursuit of “manifest destiny,” and the hunter/gatherer society fighting to preserve its existence.” 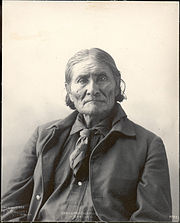 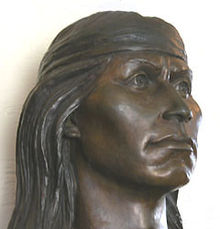 Cochise Sculpture
http://www.cochisestronghold.com/ Quote from this site…
“This rugged natural fortress was, for some 15 years, the home and base of operations for the famed Chiricahua Apache Chief, Cochise.  Cochise and about 1,000 of his followers, of whom some 250 were warriors, located here.  Sentinels, constantly on watch from the towering pinnacles of rock, could spot their enemies in the valley below and sweep down without warning in destructive raids.  No man, woman or child within a hundred miles was safe from these attacks.”

http://en.m.wikipedia.org/wiki/Dragoon_Mountains
Unless you travel the country and have a passion for history, or spend a lifetime in a higher education learning institution, it is virtually impossible to know about the bravery and passion of early Americans fighting to save mutual cultures and build a new society.  Ft. Bowie is one of the best examples of decades of war between two different cultures of the time.  Geronimo http://en.wikipedia.org/wiki/Geronimo and Chocisehttp://en.wikipedia.org/wiki/Cochise made history in the mountains and deserts surrounding this region of Arizona near Tucson…https://www.google.com/search?q=ft+bowie&hl=en&tbo=u&tbm=isch&source=univ&sa=X&ei=ZQzbUP_KHuOh2QWxi4CABA&ved=0CIsBELAE&biw=734&bih=596
The U.S. Military of that period fought the Apache, who moved around the Coronado National Forest area http://www.fs.usda.gov/coronado as a strike force trained as we would think of a special operations team in the 21st century.  Ft Bowie was the U.S. Army staging area for many years of battle for land, resources and cultural preservation.
Learn more about this fascinating history of America by planning a visit to Ft. Bowie National Historical Site or browsing the websites provided above.  The heroes of our past include both the Native American warriors and US Army soldiers of this significant transitional period in United States history…
Steve Sparks
Author
Reconciliation: A Son’s Story

Steve Sparks is a retired information technology sales and marketing executive with over 35 years of industry experience, including a Bachelors’ in Management from St. Mary’s College. His creative outlet is as a non-fiction author, writing about his roots as a post-WWII US Navy military child growing up in the 1950s-1960s.
View all posts by stevesparks →
← Merry Christmas from Tucson, Arizona...and other places close to our hearts... Veterans explore "Moral Injury" as root cause for symptoms connected to PTSD.... →