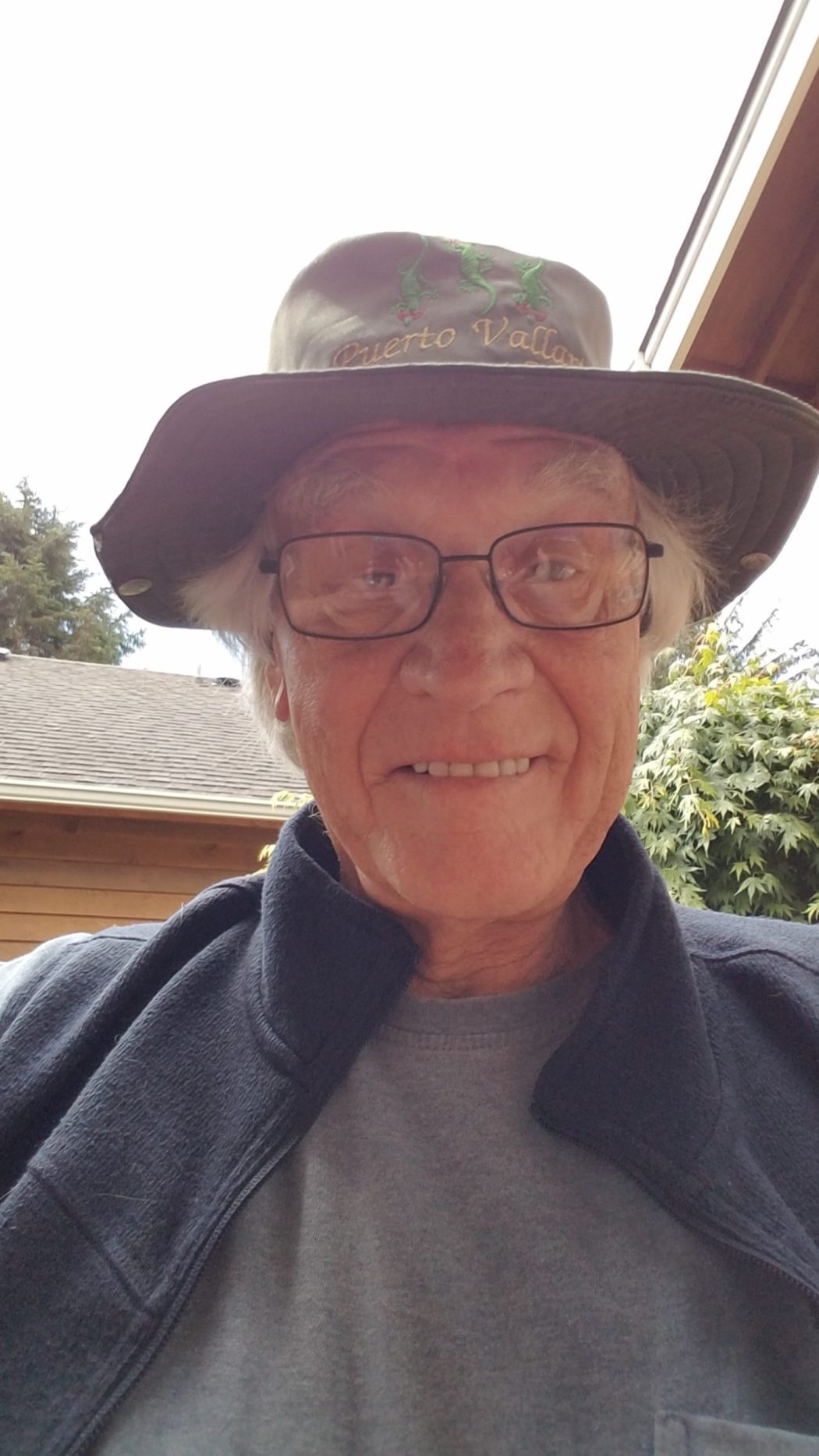 Finding My Roots… A Child of War Recovering Repressed Memories…

Living with lost memories from my childhood has been a lifelong emotional challenge, and then some. I’m not alone. Too many kids from my generation have had to live with repressed memories for decades without help. In my case, this painful outcome from growing up in a profoundly dysfunctional home culture has taken its toll on my mind. Loss of memory for anyone is a huge loss of identity.

Unable to connect the dots to life experiences as a child and young man took away my roots and identify as a person. I always held out hope that someday my memories would return.

Getting some clarity from those painful years as a child didn’t start to happen until 7 decades of my life. I believe it is never to late to find peace of mind. Indeed, my whole person is returning little by little with love and support.

Without my younger brother’s help in these later years and guidance from my trauma informed psycotherapist, it would be nearly impossible to bring these memories back.

Remembering everything is not the goal. Finding little nuggets and putting together a continuum reveals the truth. I can now see a bigger picture and trajectory of life as a child. In all honesty, I was scared to go there until getting comfortable with “Trauma Informed Care.” It’s complicated… So complicated I now have complete empathy for all those boomer kids affected by WWII when our father’s came home so damaged emotionally and physically.

My brother Danny and I were born in 1946 (me) and 1947. following our father’s return from serving in hard combat for all of WWII in the Pacific Asia Theater. We are 10 1/2 monrths apart. My bro remembers everything, and it is terribly demeaning to me. It triggers emptiness in my heart and soul to be unable to remember his stories of our childhood together… But there is hope, indeed…

Searching for my roots…

I found an opportunity in the fall of 2019 to revisit my childhood by capturing our family experiences and connecting the dots. It was my father’s US Navy medical records and duty stations during his 22 years of service that opened the closet for me to explore in much detail and depth. Children from the post WWII generation or later can order military records and rediscover your past. For me connecting the missing dots is a gift… Now, memories are returning. I’m grateful to the US Navy to have secured my father’s complete records of his naval career and medical health records.

Let’s go back in time to my father’s heroic service during his US Navy career. This fateful period of history begins in 1936 with Dad’s very first duty station as a coxswain aboard the USS Tennessee in the South Pacific.

I want to share the work of capturing our family’s life until my father retired from the Navy in 1958. Wow! What an adventure! Come with me on this journey of revisiting a past lost from too much trauma. Anyone who has access to military records can do the same…

This body of work is described as a deep dive chronology of my father’s service to America, ”The Greatest Generation” of men, women, and families who served.

I received Dad’s military records, including medical, in February 2011 and used a reference for writing my first book, Reconciliation a Son’s Story, published by Signalman Publishing in November 2011. My goal is to accurately portray the trajectory of Dad’s Naval Service to show the tragic effects of too many years of hard combat deployments on this man, his family, and the intergeneration impact on all of us as a family.

There are too many stories from all wars just like Vernon where the emotional damage of war comes home to the kitchen table. Without adequate and consistent life-long treatment of symptoms of PTSD, including lingering and painful untreated depression, take a huge toll on the lives of so many military families over several generations until the cycle of pain ends.

The Sparks family now heals as a family, the pain stops with us…no more! As a family legacy we desire that others benefit from the awareness that has provided a foundation for healing decades of emotional trauma and strife as a military family. How did we survive and thrive growing up in a profoundly dysfunctional home. How did we finally face our own mental health challenges and confronting the demons holding us captive for too many years as adults?

Vernon H. Sparks made Chief Boatswain’s Mate (BMC) in 1943 when the USS Belle Grove (LSD2) was commissioned for duty in the Asiatic-Pacific Theater.

Vernon loved the Navy and serving America. He made Bos’n 1st Class in 1941 following the Japanese attack on Pearl Harbor.  To begin this chronology, following is my father’s first account of his experience aboard the USS West Virginia (BB48) on that fateful day, December 7, 1941. Vernon was a highly decorated US Navy veteran.

Vernon & friends at the Owl Bar and on island patrols 600 miles south of Manila c1938-39…Vernon, as a coxswain on the tiller. Vernon’s first shipboard duty 1936, full steam ahead USS Tennessee, click photo.

Vernon was born in Eldred, Mn on December 10, 1918. He spent his childhood growing up in St. Paul, Mn. Following a challenging time growing up during the Great Depression, he joined the Navy in December 1935 at age 17. (I took the que and followed his steps) Dad wanted to “join the Navy and see the world” as did countless men from that time before WWII.  He graduated from Naval Training Center, Bootcamp, USNTC, San Diego, Ca on June 6, 1936.

Vernon’s first duty station was the USS Tennessee (BB43) in March, 1937. This was the beginning of a story of one man’s journey of honor and duty to country and family. But this is also an all American story of a life time of emotional pain from too many years of sea duty and hard combat that changed his life forever, especially decades of painful family dynamics caused by the trauma of war.

The Tennessee sailed to the South Pacific from Bremerton, Wa in March 1937. Vernon became a larger than life coxswain during during the early years of fighting in the South China Sea leading up to WWII and the Japanese attack on Pearl Harbor. Vernon, according to his medical records, served a total of “66 months” of combat duty during his 22 year US Navy active duty career.

My father loved serving his country. He was very proud to serve in the US Navy. The Sparks family is truly proud and grateful for his service to America.

Abstract of Service by Ship and Station:

USS Tennessee (BB43), June 6, 1936 to March 16, 1937. Vernon dislocated his shoulder on the get go the first time in July 1936 while carrying a box of spuds aboard ship. He lived for most of his adult life with shoulder challenges. Vernon loved basketball and swimming.

The Sparks Family…how and where we lived…

Navy Housing…The “Quonset Hut.” Memories of cramped and smoky quarters on base are vague for the most part. Quanset Huts were about 750sf. Five of us crowded into the space. One room for mom and dad. One room for 3 boys who were fighting all the time. Even though this was an early childhood period me and my bro, I still remember cigarette smoke…awful! I never became a fan of smoking as an adult. Times have changed dramatically from those early years. My vague dreamy kind of memories from that time reveals a very toxic and chaotic time after the war. It really feels in my heart that we were all sick and needed major help that was no where to be found in those days, sadly…

Addresses for family during this surreal and painful period 1941 to 1945;

USS Relief (AH1), December 11, 1939 to December 29, 1939 for medical treatment. Vernon was injured in an altercation on his birthday, December 10th while on liberty from the USS West Virginia.  He was apparently clubbed in the head, sustained a serious head wound.

Stressful duty during a war has severe unintended emotional consequences for too many warriors. My father was no different than any other sailor.

On May 9, 1945, Vernon was recommended for appointment to rank of Warrant Boatswain. US Naval Hospital, Shoemaker, Ca July 23, 1945 to September 4, 1945, post WWII “battle fatigue” (PTSD) treatment and recovery, convalescence.

For the record, his tattoos were noted as the following.

Released from active duty on November 5, 1957. Placed on the retired list of the US Navy from the Fleet Reserve effective October 1, 1965.

Ever since my own journey searching for my lost soul began 30 years ago, I have remained hopeful and determined to find the truth. It is truth that heals. Denial brings pain, horrific emotional pain.

This essay shows the tragic complexity of life after WWII for millions of families during this historical period of America at war. Families served too. For too many families there were no resources for treatment and recovery. There was little or no access to mental health services, nor any understanding or awareness of how war affected families as a whole. We all live today with the intergeneration effects of post traumatic stress that lives with us as part of our culture for generations.

I believe there’s hope for the future as long as we learn from our past. Only denial and holding on to painful emotional baggage, putting it away in a deep corner of our minds. This outcome only brings more pain to families for a life time and future generations. We can end the cycle of pain as a family and loving community. But it takes a ton of love, empathy and compassion to win peace of mind.

Download with Kindle app to your smartphone, tablet or desktop. Thank you for your kind reviews! “The Furry Loved Ones and Wildlife Friends Who Touch Our Hearts”

Steve Sparks is a retired information technology sales and marketing executive with over 35 years of industry experience, including a Bachelors’ in Management from St. Mary’s College. His creative outlet is as a non-fiction author, writing about his roots as a post-WWII US Navy military child growing up in the 1950s-1960s.
View all posts by stevesparks →
← Chasin' "Jumpin' Jack Wabbit" in The Desert Near Steens... On Father's Day... Recovering from Being a 'Shitty Dad' in Old Age... →

Why Furry Loved Ones Leave Us Too Soon…

Sun City Festival (Buckeye), Ariz. New digs... https://youtu.be/RNu3m0bj5FM Healing my soul... We did it, we made it happen, Judy 'n me. "Are we too old," I asked Judy as we were preparing to leave...
stevesparks

Running Away From PTSD…

https://www.foxnews.com/politics/one-time-rising-star-jason-kander-won-battle-ptsd-return-politics Running 24/7! Running from intrusive thoughts and demons all my life is a horrific mental health...
stevesparks
Translate »