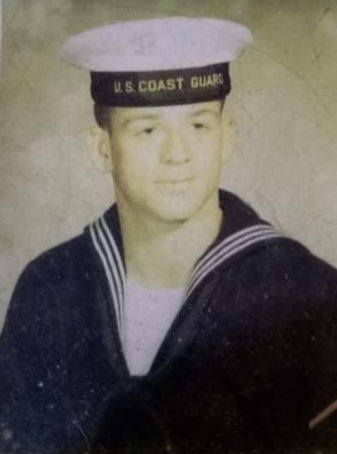 “I don’t have anything profound to add but I used to work for the sheriffs office at that time, lived in Beverly Beach it spent many morning at the Spouting Horn for breakfast.

I remember Mr Jackson one day we were just saying hello over coffee. I was at a table and he at the counter. I knew he ran the store but I’m an early morning coffee shop junkie and it was very apparent no one really spoke to him.

After a few times I learned he was new, as was I, and he commented that “he guessed he had to pay his dues and be able to hang on for at least a year and prove yourself before you started getting accepted. Because so many came and went with dreams and it was hard to get to be a part of the community.

But stay he did and as all know he later got “accepted “ and became mayor. He was always kind to outsiders and tourists and you knew without a doubt how much he loved the community.”

I grew up with Bob and Mary’s kids. I have had thanksgiving at there house and rented my first place from them an old cabin they are gone now.”

“They where very kind people to the Coasties that where stations there in the ’70’s..I know where one of them they would let us have an account because at that time pay in the military wasn’t great so we could pay off our debt at the end of the month when us dependents got our living allowance…great people .(.retired coasties view )…”

“They were very kind people to the Coasties.” That’s exactly what our dear friends, Don and Rosie Griek, said about when they first met Bob Jackson in 1971.

Judy and I have had the fortune to know Don and Rosie for 30 years or more. We met them both shortly after moving to Leavenworth, Wa in 1990-91.

Don and I had face time a few nights ago over Messenger. He described his first encounter with Bob Jackson at Jackson’s Market when they rolled into town from Cape Disappointment, Ilwaco, Wa. in 1971.

He and Rosie were so excited to live on the Central Oregon Coast. I could see that in Don’s happy smiles and laughs with me, that their time on the coast was beautiful and romantic too.

When Don and Rosie walked into the Jackson’s Market for the first time, Bob Jackson was there to greet them and welcome them to Depoe Bay. They both were tired and hungry, without any money, and no place to live. It was Bob Jackson who saved the day, given them hope for a fresh start in this place only Heaven could design…

“We would ride the 44 footer out past the entrance buoy and jump off the boat and swim back through the “hole” to the station,” Don told me like he just did that yesterday. Think he teared up. I teared up. We do that, Don and me.

It was then, Don, told me this as he teared up, “9/11/1971..where it all began. Yes, our 50th this year. What an adventure. And Depoe Bay is a high point! Love for each other and experienced community love the same year!”

“We came into Depoe Bay with no money and no place to live. We were hungry but had little money to buy food,” were Don’s words as we teared up again and smiled.

We ended our long over due reunion with a few laughs and fun memories of our 30 year friendship. We’ll see Don and Rosie soon, we hope. Maybe they’ll come for a visit to Depoe Bay to relive that beautiful time so long ago…

Steve Sparks is a retired information technology sales and marketing executive with over 35 years of industry experience, including a Bachelors’ in Management from St. Mary’s College. His creative outlet is as a non-fiction author, writing about his roots as a post-WWII US Navy military child growing up in the 1950s-1960s.
View all posts by stevesparks →
← "Spanky" Gets Lost in The Rain Forest... The Murder of London McCabe 2014! A Stark Reminder of Weaknesses in Community Resources... →