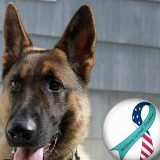 D. Wright Downs “Many of us who are of the Vietnam generation, the baby boomers, lived with parents who were veterans of WWII. Many of these veterans had PTSD although it was not given a name or XYZed at the time. We just had damn mean fathers who expected their children to be perfect and our mothers expected the same. If we were lucky, our mothers were not physically abusive, although they were often abusive in other ways. Of course they were perfect and no one let on what was going on in the home…that was the way things were done back then. We lied to our teachers, we lied to our coaches, and we lied to keep the secrets. We were not liars, though. God forbid if we ever lied to our parents. People talk about children of parents with PTSD as though it were something new. Well, Lord love a duck…many of us lived with it and coped as best we could until the mean abusive parent died. He could still shake me up when he was an old man and I was a married adult. I finally stood up to him. After that I drove 8 hrs in the winter to take him food because he had been hospitalized due to malnutrition. He took the food, then ripped me a new head and I found that I really didn’t mean anything to him for a long time, since my mother died, actually. Yeh, I have PTSD. My sponge started soaking up when I was a kid. It just got saturated when I was in the Army. I think, sometimes, perhaps if only…but then I come to my senses and realize that life is what it is, what it was. I could not change anything then and I loved the Army in spite of some of the god-awful awshits. His demons, if he had them, made him one of my demons. I am told he thought I was wonderful when I was a baby. My first memory of him is when I was 2 and he was not a pleasant person in that memory. My fingernails were bloody from having to get the knots out of my shoelaces and so were the shoelaces.I was not left alone with him after that.
So, I am glad that perhaps kids are getting taken care of. Too many generations of kids have gone through hell because of PTSD. My brothers all handled it differently. My next brother got worse.”Sandy / d

Sandy reveals a heart wrenching snapshot of the life of a post WWII military child growing up during the 40’s, 50’s and 60’s.  There were millions of  children born during and after WWII.  We are the “boomer” generation, and we served too!  Our fathers by the thousands returned home with horrific memories of the war, and were told to “go home and forget about it.”  It is time we acknowledge the post WWII military child as we celebrate April as the “month of the military child.”  None of us ever knew until later in life that our parents suffered from the symptoms of PTSD.  Many suffered in silence.  Many acted out at home with anger and emotional numbness, leaving children to feel less than loved and isolated.  As a compounding traumatic experience we drafted thousands of boomers from a toxic post WWII era and sent them off to combat during the Vietnam War.   Consequently, the already emotionally damaged youngsters came home from extended deployments and combat duty affected directly by the trauma of war in Vietnam.  Now, later in life we try to heal.  We heal often too late when family members and loved ones no longer have the strength or the desire to provide the support and human connectedness needed to help victims of severe trauma begin a long overdue journey of healing.

My blog and website includes my own book to purchase as a way of understanding the pain of a post WWII childhood, but other great reads as well.  More boomers are beginning their own journey of healing by revisiting a painful childhood and finally learning about moral injury and PTSD.  They are also learning about their fathers’ heroic military service during WWII and the Korean War.  I hear so often that fathers just like my own Dad hardly talked about war, but carried the emotional baggage with them for a lifetime.  It is never too late to start on the path of healing and achieve some peace of mind from a past wrought with horrific memories of trauma from a post WWII toxic childhood, including direct combat during the Vietnam War…  God bless the military child!  And God bless veterans of all wars…and the families who served too…

Steve Sparks is a retired information technology sales and marketing executive with over 35 years of industry experience, including a Bachelors’ in Management from St. Mary’s College. His creative outlet is as a non-fiction author, writing about his roots as a post-WWII US Navy military child growing up in the 1950s-1960s.
View all posts by stevesparks →
← Boston Marathon bombing victims...may walk and run again... Battlefield medicine helps doctors... Honor legacy of the Post WWII "Baby Boomer" Generation...."By the end of the 1940's 32 million babies were born compared to 23 million in the 1930's." →