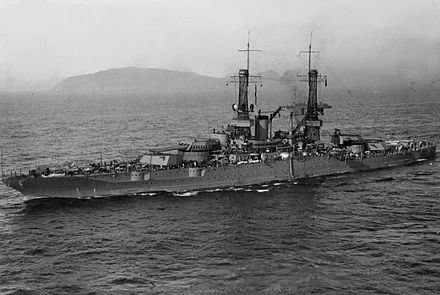 In 1932, Long Beach built a large Navy Landing at the foot of Pico Avenue.  By the next year, there were over 50 ships and 30,000 sailors at Long Beach. In 1933, more than 4,500 sailors and marines came ashore to provide rescue units and patrols to assist local authorities in dealing with the destruction, injuries and breakdown of order in the aftermath of a massive earthquake.

Approximate Boundaries of the Former Naval Station and Naval Shipyard

Vernon was assigned to the Harbor Patrol shortly after the bombing of the US Navy Pacific Fleet by the Japanese Navy. He patrolled the coast of O.Island looking for Japanese subs.

Marcella returned home from church that day. Soon after she and Jerry returned home to their apartment on Lime St. there was a knock at the door.

Marcella hesitated while holding, Jerry, who was just one year old. Marcella woke up each day dreaded the knock at the door. Too many of her Navy wife friends she got to know list their husbands in the Pacific War.

Jerry was a healthy and happy baby. He felt loved and secure with his mom. They were close. It was a painful time for 1000s of Navy and Marine spouses and moms waiting for their husband’s to return home from the war.

There was little or no communications at that time. Letters and cards would come from Vernon each week. She so looked forward to reading how Jerry’s pop was doing. She prayed everyday that he would return home safely to see how much his son had grown.

Marcella finally got enough strength get up from the couch and go to the front door. She was reading cards and letters, and showing photos up his his pop. She wanted to prepare Jerry to meet his father for the 1st time.

She opened the front door slowly with her heart pounding and tears in her eyes expecting bad news. What she saw was not a man in a Navy uniform. It was the Western Union man, “thank you, God!!!” She said. Because she knew that Vernon was coming home.

So, after Marcella sat down on the couch, she took the telegram out of the envelope, looked at Jerry with tears and love in her eyes and held him closely. She yelled out with joy and more tears when she read outloud so Jerry could hear, “your dad is coming home, Vernon is coming home, he is coming home my son!”

So, on that day, Marcella, started packing up and planning her next move to San Francisco to meet Vernon on his arrival. Little did she know that Vernon would sail off again to a secret mission in the Pacific. Vernon’s next ship duty would be the newly commissioned USS Bellegrove LSD2.

Marcella felt so much empathy and compassion for her dear friendships during that time. They were all going through the same emotional pain 24/7 for weeks and months. Waiting for news that their loved ones would return. The “knock at the door” came all too often for so many of her friends and neighbors.

She even said good bye to many Japanese friends who were taken from their homes and taken to the intern camps for the duration of the war was over.

Marcella never understood this. Her friends were Americans just like her. “Why?” she said…

In all these decades later, Japanese intern camps represent a stain on America’s soul. We will never ever do that again!

Steve Sparks is a retired information technology sales and marketing executive with over 35 years of industry experience, including a Bachelors’ in Management from St. Mary’s College. His creative outlet is as a non-fiction author, writing about his roots as a post-WWII US Navy military child growing up in the 1950s-1960s.
View all posts by stevesparks →
← What Is a Cult Following? Is Trumpism a Cult? Celebrating Democracy with Steve Sparks... Bishop Point Harbor Patrol, Pearl Harbor September 1942 →