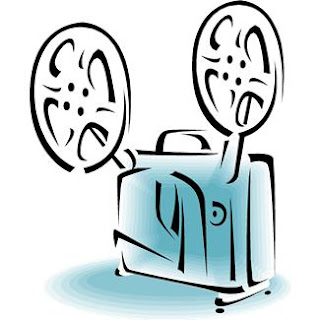 This blog is being presented in three parts. The first introduced Alex and the diagnosis of PTSD. The second blog reviewed some of the research into the mechanisms of the brain that result in formation of PTSD and introduced a unique state-of-the-art treatment using techniques from NLP. This posting demonstrates how and why this treatment works. Throughout these postings I have highlighted certain words with links to additional information if you want to read more.

Byron Lewis
Author of The Magic of NLP Demystified
and Sobriety Demystified
Part 3:  Treating PTSD
Because of the way the memories associated with trauma are stored, they are extremely resistant to change. The most widely used PTSD treatment methodologies require the individual to repeatedly re-experience the traumatic memories. The theory is that the repeated exposure results in what behavioral psychologists call extinction. This is where a new memory is created to block and temporarilyreplace the problem memory. The extinction-based exposure treatments are often combined with cognitive-behavioral training (sometimes called cognitive processing therapy) where the individual is taught to recognize and challenge negative thoughts and with medications to help mitigate some of the symptoms.
The problem with these approaches stems from the resilience of the memories created at the time of the trauma and the nature of extinction. Since extinction does not remove or alter the target memories, they tend to re-emerge over time and in other contexts. The only other alternative, then, would be to somehow alter or eliminate the original problem memory.
Researchers discovered that for a brief window of time after a traumatic memory is recalled, it becomes unstable and receptive to having additional “information” added to it. Then, once it “reconsolidates” itself, it has changed and retains that additional information. The addition of new information effectively removes the extreme emotional response so that the next time it is remembered, it won’t have the negative emotional impact the original memory had.
Now that Alex is relaxed again, the NLP therapist asks him to imagine he is sitting in a movie theater looking at a picture of himself up on the movie screen in a comfortable situation before his first deployment. Then he surprises him by asking Alex to imagine he is floating away from himself in the theater and that he floats up to the projection booth where he can see himself sitting in the movie seat watching the picture of himself on the screen. Alex struggles briefly to picture this, then closes his eyes and indicates that he is there in the booth watching the scene below.
Squeezing his arm gently, the therapist says “Good job. You’re doing great. Now, if at any time you start to feel anxious, I will squeeze your arm like this to remind you that you are watching from behind the glass in the projection booth, OK?”
At this point, the therapist takes Alex through a series of visualizations of the events that triggered his PTSD memories, changing the “movie” to black and white, running it forward and backward, and speeding it up and rewinding it. As he goes through the exercises, Alex begins to become aware that he is less and less upset by the images in his mind. It is as if the events are actually becoming “just a movie” instead of real traumatic experiences.
Gray and Liotta propose specific treatment protocols for what is known as the Visual Kinesthetic Dissociation (V/KD) technique that has been successfully used by practitioners of Neurolinguistic Programming (NLP) for over a quarter of a century to eliminate the fear-related emotions associated with phobias and PTSD. [Note: The NLP Research and Recognition Project asked a number of NLP experts to put together a standardized version of VK-D so as to allow it to be scientifically researched. That version, Reconsolidation of Traumatic Memories (RTM), has been clinically studied at a number of University sites and is ready to begin scientific pilot research.] The process uses a simple imaginal procedure where the individual is first asked to briefly remember the troubling memory. This opens the window to the now unstable memory. Then the individual is directed to picture himself watching himself watch a movie of the traumatic experience. The individual is then asked to alter the scene in a number of specific ways. These procedures actually restructure the original memory so that as it is reconsolidated, it carries these revisions with it.
The next time something triggers the memory, it will become conscious, but without the traumatic emotions that were originally associated with it. Research, according to Gray and Liotta, shows that these revised memories tend to strengthen over time. In addition, the process introduces a renewed sense of control that is often missing in PTSD clients. Unlike current PTSD treatment regimens that can take weeks, months or years to complete, the V/KD technique can be completed in only a few sessions.
Alex returns to the therapist a few days later with his wife who tells him she is relieved that Alex seems much more relaxed than he has been since he returned. The nightmares stopped right after the last session and haven’t come back. Alex and his wife return a month later for a “check-up” and again after three months, and each time they report that things continue to get better.
The treatment techniques described above, while they sound simple, can only be successfully applied by someone trained in the highly sensitive skills of behavioral observation learned in the study of NLP. There is a group of professionals that have designed a number of research programs to scientifically demonstrate the effectiveness of this technique at three research sites: Syracuse University in NY, at the Brain Resource Center in NY, and at Ohio University. To find out more about this promising technique and to donate to the funds needed to complete this research, please go to the NLP Research & Recognition Project at http://www.nlprandr.org.

Steve Sparks is a retired information technology sales and marketing executive with over 35 years of industry experience, including a Bachelors’ in Management from St. Mary’s College. His creative outlet is as a non-fiction author, writing about his roots as a post-WWII US Navy military child growing up in the 1950s-1960s.
View all posts by stevesparks →
← Byron Lewis, Author, writes the second of a three part series on Neurolinguistic Programming (NLP) therapy...a case study... Awesome disabled veterans making a huge difference in life after war... →