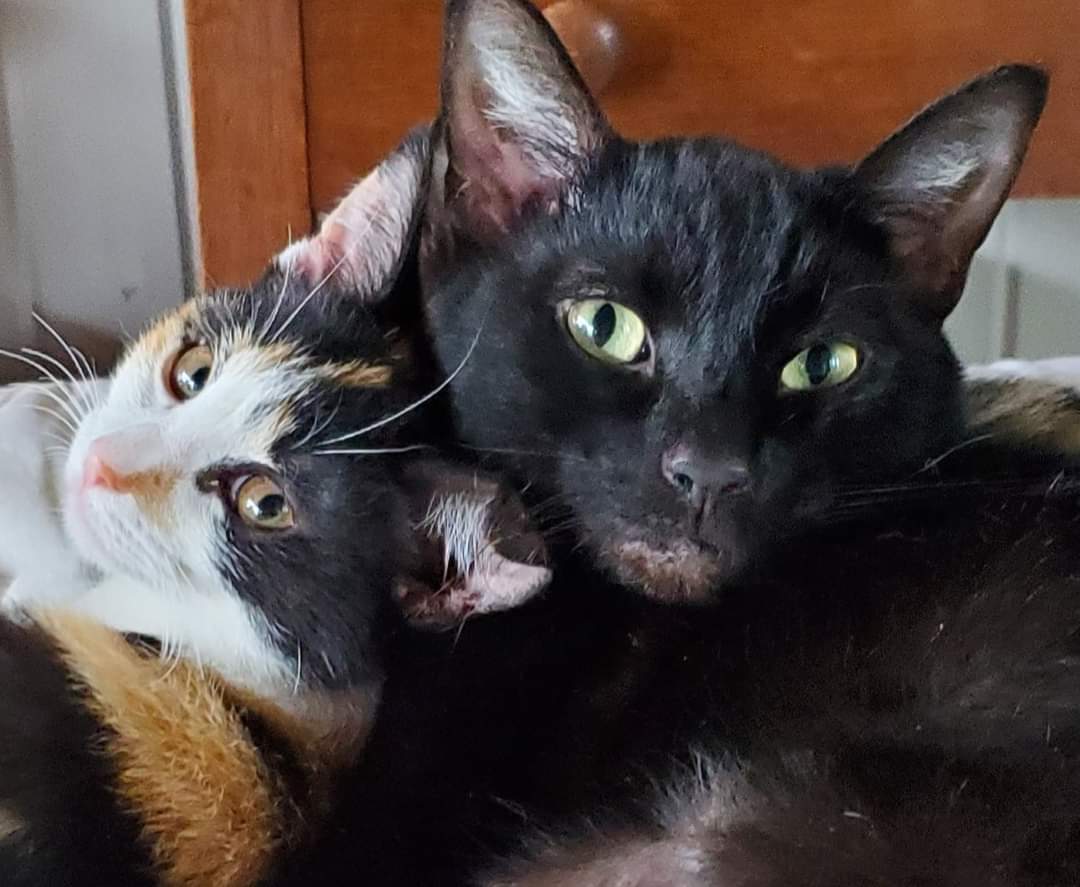 One of the lessons the last few years has taught me is that family isn’t just the group of people you’re born into, but the people you choose. I’m seeing one more great reminder of that right now.

I love cats and dogs and our house is full of them. At the end of 2019 I adopted a black kitten (actually I should say he adopted me) from our Lincoln County Animal Shelter named Boggs.

Boggs was a minor miracle. He was brought into the shelter, apparently abandoned, a few weeks earlier weighing less than a quarter pound.

At the time I adopted him, he was just over four pounds and a little hellraiser on four feet with loads of energy to burn. Now he’s a full grown, proud panther, one of the guardians of the household.

The two most recent additions to our family have been a pair of calico kittens, Eleanor and Icky Sticky. Since their dad isn’t around, Boggs stepped up as stepfather, and it appears he was born into the role.

A few hours before I wrote this, I found Boggs grooming both of the kittens. When I pulled out my phone, Icky scampered off, but Eleanor stuck around long enough for me to capture this beautiful stepfather-daughter moment.

So, I believe family isn’t just the group of people you’re born into, but the people you choose. For choosing love is true love, unconditional love, and lasting love…

Our new book, “The Furry Loved Ones and Wildlife Friends Who Touch Our Hearts” will be released April 30th! Pre-order now!

Steve Sparks is a retired information technology sales and marketing executive with over 35 years of industry experience, including a Bachelors’ in Management from St. Mary’s College. His creative outlet is as a non-fiction author, writing about his roots as a post-WWII US Navy military child growing up in the 1950s-1960s.
View all posts by stevesparks →
← "The Neighborhood" by The Sea... "Cooper" Goes Home to The Coast... →