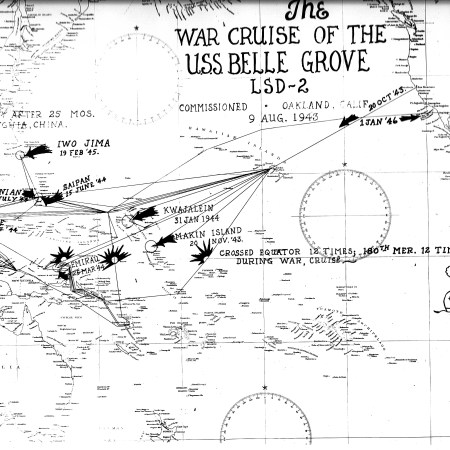 Department of the Navy, Bureau of Naval Personnel, Washington D.C.

This body of work is described as a deep dive chronology of my father’s service to America. He was among the “The Greatest Generation” of the men, women, and families who served in WWII and Korean War.

I received Dad’s military records, including medical, in February 2011 and used as a reference for writing my first book, Reconciliation a Son’s Story, published by Signalman Publishing in November 2011.

My goal is to accurately portray the trajectory of Dad’s Naval Service to show the tragic effects of too many years of hard combat deployments on this man, his family, and the intergeneration impact on all of us as a family.

There are too many stories from all wars just like Vernon’s, where the emotional damage of war comes home to the kitchen table.

Without adequate and consistent life-long treatment of symptoms of PTSD, including lingering and painful untreated depression, take a huge toll on the lives of so many military families over several generations until the cycle of pain ends.

In the Sparks family, we now heal as a family, the pain stops with us…no more! As a family legacy we desire that others benefit from the awareness that has provided a foundation for healing decades of emotional trauma and strife as a military family.

How did we survive and thrive growing up in a profoundly dysfunctional home and finally face our own mental health challenges and demons as kids and adults?

2 Vernon H. Sparks received a temporary appointment of Warrant Chief Boatswain’s Mate (BMC) in 1943 when the USS Belle Grove (LSD2) was commissioned on August 9, 1943 for duty in the Asiatic-Pacific Theater. Dad loved to blow the Bos’n Whistle when we were kids in the 1950s to get us out of the rack early. Dad loved the Navy and serving America. He made Bos’n 1st Class in 1941 following the Japanese attack on Pearl Harbor. To begin this chronology, following is my father’s first account of his experience aboard the USS West Virginia (BB48) on that fateful day, December 7, 1941. Vernon was a highly decorated US Navy veteran. Vernon earned the following recognitions and medals shown above:

Brief Account of What Happened to You Before, During, & After the Japanese Attack on Pearl Harbor.

I was on the 3rd deck heading for the anchor windless room when the first torpedo hit the USS West Virginia. From there, more bombing and torpedoes- when all hell broke loose.

Men in the brig were screaming for help. I could not respond, there was no time…to check where the Marine guard was with the keys to the cells. Evidently, he had already been hit. The men in the brig were engulfed in water and perished.

I worked my way up to the 2nd deck with water up to my waist. By this time, I came to a hatch with the manhole still open leading to the main deck. I barely made it out of the escape hatch and was ordered by…

Lt. Stark to close that hatch. The men were still down there but it was too late for them. That was the first time I heard that the Japs were attacking our fleet…and the whole island. I watched one of my best shipmates get himself killed-Roy Powers.

He stuck his head out the portside close to the ship-fitters shop; and about that time another torpedo hit, and the concussion blew his head off. His body fell back on deck headless.

After that it was a matter of surviving. There was no defense, the ship was already listing to port at about 35 degrees angle. I worked myself up further on the deck and observed the Commanding Officer, Captain Mervyn S. Bennion heading for the bridge.

The strafing and bombing were still on. When I arrived on the main deck going forward to the number one turret…strafing still going on…I dived under the overhang of the turret. Communications was out, so by word of mouth heard the order, “all hands abandon ship.” Note: Capt. Bennion was lying on the wing of the bridge mortally wounded…

He asked the doc, “What kind of chance he had?” And was told, “Not much Captain.” Then, Captain Bennion said, “Leave me on the bridge and this is my last order, ALL HANDS ABANDON SHIP!” He died right after that order…

After that order I jumped over the side to starboard and swam to Ford Island…Us guys that made it were standing on the beach watching the USS Arizona blow up sky high…what a helpless feeling.

I had torn my white uniform up to use as emergency treatment bandages for the wounded. Anyway, to make a long story short, we dashed across the field under strafing conditions to shelter.

In the BOQ, we were able shower in there and salvage clothes from the lockers and helped organize the Harbor Patrol. And was with that duty for a few months – then assigned to new construction with the 5th Amphibious Force hitting the beaches of the South Pacific, all the way, then finally Iwo Jima, & Okinawa until the Peace Treaty was signed aboard the USS Missouri in Toyko, Japan.

4 In the 3 photos above… Vernon with friends, and fellow shipmates at the Owl Bar, Manila; on island patrols 600 miles south of Manila c1938-39…Vernon, as a coxswain on the tiller. Vernon’s first shipboard duty 1936, full steam ahead USS Tennessee, click photo for more.

Following a challenging time growing up during the Great Depression, he joined the Navy in December 1935 at age 17. Dad wanted to “join the Navy and see the world” as did countless men from that time before WWII.

This was the beginning of a story of one man’s journey of honor and duty to country and family. But this is also an all American story of a lifetime of emotional pain. Too many years of sea duty and hard combat changed his life forever, especially decades of painful family dynamics caused by the trauma of war.

The Tennessee sailed to the South Pacific from Bremerton, Wa in March 1937. Vernon became a larger than life coxswain during those early years of fighting in the South China Sea leading up to WWII and the Japanese attack on Pearl Harbor. Vernon, according to his medical records, served a total of “66 months” of combat duty for 22 year US Navy career.

5 Abstract of Service by Ship and Station:

USS Tennessee (BB43), June 6, 1936 to March 16, 1937. Vernon dislocated his shoulder on the get go the first time in July 1936 while carrying a box of spuds aboard ship. He lived for most of his adult life with shoulder challenges. Vernon loved basketball and swimming.

USS Relief (AH1), December 11, 1939 to December 29, 1939 for medical treatment. Vernon was injured in an altercation on his birthday, December 10th while on liberty from the USS West Virginia. He was apparently clubbed in the head, sustained a serious head wound.

On May 9, 1945, Vernon was recommended for appointment to

For the record, his tattoos were noted as the following.

Released from active duty on November 5, 1957. Placed on the retired list of the US Navy from the Fleet Reserve effective October 1, 1965.

professional! BMC to BMGC (master chief?) promotion in 1957. 2. Awarded High School GED by St. Paul Public Schools, December 28, 1953 3. Final post retirement medical treatment at US Naval Hospital, Long Beach, Ca. It appears Vernon was under great stress and pain during this time. He was never free from anxiety and depression from PTSD that lingered for a lifetime. He also cut a tendon in “right ring finger” and knee sprain from an accident at home. We lived at 22907 Meyler St., Torrance, Ca. As a family. I recall much chaos and strife at that time on our family as a whole. It was an unmitigated disaster, a completely broken family dynamic. No family should ever live this way, ever…never…no way!

There were absolutely no behavioral health care services for combat veterans except a short stay in Naval hospitals to detox, often for months before returning to duty. Dad knew he had to stay in the Navy to receive the health care he needed desparately when he fell off the wagon. Dad needed a ‘continuum of care’ that only existed in the safety of a US Naval hospital anywhere on the planet. The Navy was Dad’s rock. He struggled so much and none of us knew it. The typical response was, “we don’t talk about stuff like that.” Vernon survived and thrived with serious mental illness and addiction without any clue of how to effectively manage or mitigate his serious mental health problems. Our mother, Marcella, was very sick too, and suffered from acute depression all of her life as well. The post WWII Sparks family was only one example of 1000’s of families during that fateful period that took the war home to the kitchen table. The war never ended in June of 1945 when he came home, it was never over in his mind.

5. Vernon joined the Federal Bureau of Prisons when he retired from the US Navy and stayed for 18 years, finally retiring again. But he worked as a consultant for faith community half-way houses in Tacoma, Wa for several years until retiring for good. Vernon served America for more than 40 years!

6. A sign of the times…Vernon completed a radiological training course.

Steve Sparks is a retired information technology sales and marketing executive with over 35 years of industry experience, including a Bachelors’ in Management from St. Mary’s College. His creative outlet is as a non-fiction author, writing about his roots as a post-WWII US Navy military child growing up in the 1950s-1960s.
View all posts by stevesparks →
← "Gritz" The Intrepid Eagle of Little Whale Cove... Mr. Jay Stellers and Ms. Jaccy Jay... Pals in the Rain Forest of Little Whale Cove... →