http://www.nytimes.com/2013/02/09/opinion/women-in-combat-policy-catches-up-with-reality.html Quote from this website…
“The decision last month by Defense Secretary Leon E. Panetta to allow women in ground-combat roles may have surprised the public. But since the draft ended in 1973, the Pentagon has been steadily expanding the role of women — who now make up 14 percent of our armed forces — across all of the services. Women were progressively integrated into the regular forces as the Pentagon dismantled the gender-segregated units that had existed at least since World War II. “
Introduction by Steve Sparks
Are we really thinking this through when recognizing the life after war multi generational implications of mothers nurturing children?
In the short article below, Andy O’Meara, a retired US Army Colonel, U.S. Military Academy at West Point, Class of 1959, and highly decorated Vietnam Veteran; makes an excellent argument for thinking twice about sending soldiers into combat, especially women who nurture our children at the beginning of their lives. Military spouses and children already suffer the consequences of war when fathers and mothers come home to life after war. Secondary PTSD is already a multi-generational problem affecting countless family members and loved ones of veterans who served in 20th and 21st Century wars fighting in combat roles.  Colonel O’Meara’s article does make me take a deep breath and think more about sending women into more direct and risky combat. I worry most about children of parents with PTSD. I am reminded each day of my own toxic family culture while growing up in a post WWII military family circumstance. We need to figure out ways to mitigate the terrible and destructive symptoms of PTSD that can last a lifetime. Changing our policy of sending women into combat seems to have the potential of creating a bigger problem for society. We really need to think about the broader implications of the intergenerational damage war does to the souls of our sons and daughters; and  brothers and sisters in war and make thoughtful decisions about policy changes.  The following article is about future generations of children…
Steve Sparks
Author
Reconciliation: A Son’s Story
http://militarytimes.com/citations-medals-awards/recipient.php?recipientid=28112 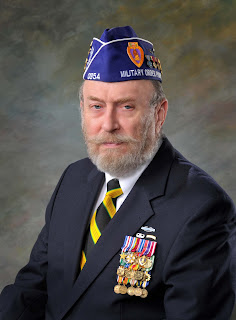 1)  “Some advice on women in combat from a female veteran.”  Full text of posting dated January 27, 2013 by Jazz Shaw, available by request stevesparks@centurytel.net.

My Journey of Healing Part 2 for Parents, Teachers, and Mentors…

My Journey of Healing in Life After Trauma, Part 1, Kindle $2.99

What Parents, Teachers, and Mentors Must Know!

"Kindred Spirits!" By Steve Sparks on April 21, 2015 Format: Kindle Edition Verified Purchase "Innovation and entrepreneurship" is the soul of a successful business enterprise. The Nortel story and legacy is both inspiring and sad. The "lessons learned" are well worth the price of admission... A must read for leaders, educators, and students everywhere!
Steve Sparks, Author Page

Gift Cards for any occasion!

Healing Your Own Mind…